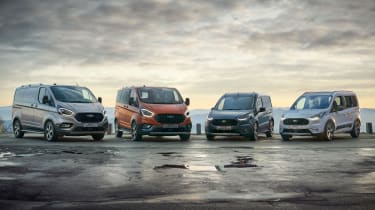 Styling tweaks include a chunky new body kit with front and rear skid-plates, a redesigned radiator grille, broader side skirts and additional plastic body cladding, which Ford says is designed to protect paintwork from scuffs. Both vans also come with roof rails and 17-inch alloy wheels as standard.

Buyers have their choice of two new paint colours – Sedona Orange and Solar Silver. Each van also features a handful of interior upgrades, such as new “Active” branded treadplates and an exclusive upholstery finish with contrasting blue highlights.

Both vans are powered by a turbocharged 1.5-litre four-cylinder diesel engine used on the standard Transit and Tourneo Connect. The unit is offered in either 99bhp or 118bhp outputs and can be specced with either a six-speed manual gearbox or an eight-speed automatic.

The 118bhp engine is optionally available with a new mechanical limited-slip differential, if a six-speed manual gearbox is equipped. Ford says the unit is similar to the differential found on the Fiesta ST hot hatchback and helps to offset vans’ lack of four-wheel-drive, by directing the engine’s torque to whichever wheel has the most traction in slippery conditions.

Buyers also get a range of safety and assistance technologies, including pre-collision assist, active emergency braking, cross-wind assist, active park assist and a reconfigured traction control system, which has been tweaked for off-road driving. There’s also an intelligent speed limiter, which can automatically adjust the vans’ speed according to the prevailing speed limit.

What do you make of the Ford’s new Transit Connect and Tourneo Connect Active models? Let us know in the comments section below 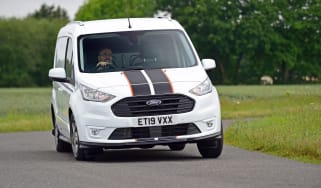 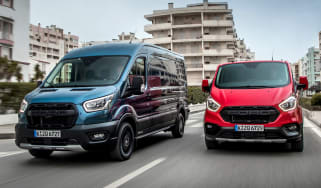