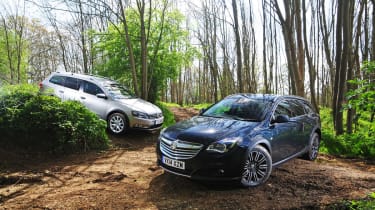 The off-road estate isn’t a new concept, but it’s one that more car manufacturers are turning to in an effort to create upmarket versions of their everyday family carriers.

Vauxhall is the latest company to head for the hills, with the new Insignia Country Tourer. As the name suggests, this car is based on the Insignia Sports Tourer estate, but it’s been given an SUV-style makeover to mark it out as a premium version of the recently revised family model. Here we try out the flagship BiTurbo diesel, which comes with four-wheel drive and a six-speed automatic transmission.

For this test, we’ve lined up another family estate that’s been given a rugged makeover: the Volkswagen Passat Alltrack. It doesn’t have quite as much power as the Insignia, and it’s more expensive, too, but with its 4MOTION four-wheel drive and energy-saving BlueMotion tweaks, it should still be a tough rival for the new Vauxhall.

Click the links above to read each review and then read on for our verdict.

Neither car here has permanent four-wheel drive. Instead, they use reactive systems that feed power to the tyres with the most grip. This means extra traction if the going gets slippery, but neither is a substitute for a proper 4x4.

The Passat has a slight edge over the Insignia thanks to its Off-Road mode, which activates the hill descent control and hill-start systems, as well as the electronic diff lock. 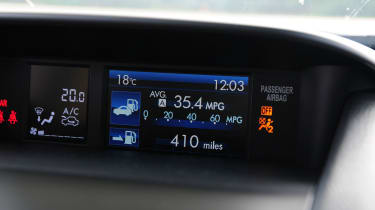 when the back seats are in place, the Insignia’s boot is 48 litres down on the Passat’s, with 540 litres of space. But the VW has a 186-litre advantage with the seats folded, as it offers a 1,716-litre maximum capacity. The Vauxhall features a powered tailgate as standard – it’s a £335 option on the Passat.

The Insignia’s lower P11D price is countered by 174g/km emissions, placing it in the 30 per cent tax bracket. Higher-rate payers face a £3,662 bill – £230 more than for the Passat – although adding options will raise the VW’s bill. 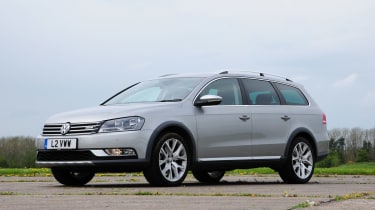 We think the Passat Alltrack is still the best crossover estate on the market. The punchy diesel, slick DSG box, decent performance, relaxed cruising comfort and better fuel economy give it a clear advantage over the Insignia, and cancel out its higher asking price. 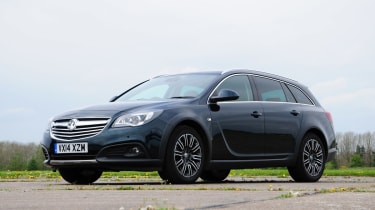 The Insignia Country Tourer is a relatively comfortable and roomy family estate with plenty of gadgets to keep you amused. Trouble is, the BiTurbo diesel is thirsty and unresponsive and the ride is unsettled, while steep running costs also count against the new car.