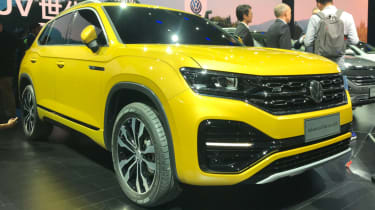 Volkswagen is mulling over bringing its new Advanced coupe-SUV to Europe, according to its development boss.

The Advanced mid-size SUV has been built exclusively for China and was unveiled alongside the new Touareg SUV earlier this month. It’s also the first time VW has applied its name to a coupe-like SUV, and due to its focus on design an arrival in Europe showrooms could be on the cards.

“Today it’s purely for China, but I totally agree that it’s very strong SUV and we are evaluating chances to maybe bring this to other countries as well,” VW’s boss for technical development Dr.Frank Welsch told Auto Express. “The design is great and so is the technology.” 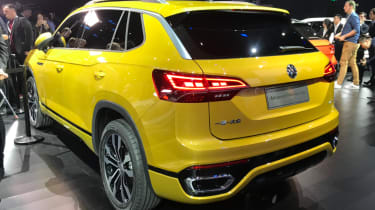 China is VW’s biggest market; the manufacturer sold over three million vehicles in the country last year alone. To capitalize on demand the brand will more than triple the number of SUVs on sale there from three to 10 by 2020. In total, VW’s SUV portfolio will rise to 19 models globally by the end of the decade.

The Advanced SUV will be built by VW’s partner’s FAW-Volkswagen in China.

Would you like to see the Volkswagen Advanced SUV come to the UK? Let us know below...