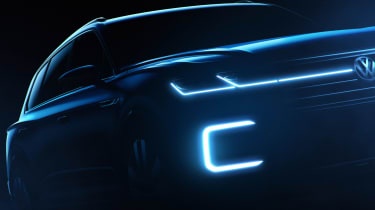 Volkswagen will be bringing along a special concept car to the 2016 Beijing Motor Show, with a handful of teaser pictures giving us our first glimpse of the new model.

There are a few details to go along with the images but we can see a large SUV concept that could possibly preview the forthcoming Touareg model. The powertrain will use an electric motor with a combustion engine, providing 375bhp and 700Nm of torque. As a plug-in hybrid, the concept has an all-electric range of 31 miles as well.

VW also quotes fuel consumption of less than 94mpg for the concept car, despite it apparently being able to go from 0-62mph in 6 seconds and on to a top speed of around 140mph. 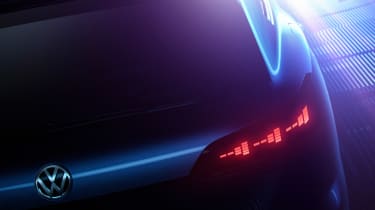 The interior is said to be a relaxed living space with a focus on ergonomics, and VW also says it advances the digitalisation of the car. That means it features a large sheet of glass to house both the dials behind the steering wheel and the traditional infotainment display.

Expect to see more details, as well as full pictures of the new concept car, when the Beijing Motor Show kicks off at the end of April.

Now read more about all the cars at the Beijing Motor Show 2016 here.