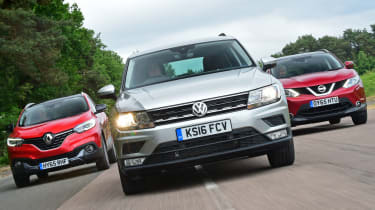 When the first Volkswagen Tiguan was launched nearly a decade ago, the crossover class was only just coming into bloom. But today, this market is arguably the most competitive sector of all, with a large number of advanced models fighting for sales.

The original Tiguan was good, but it didn’t have the Golf-like appeal it needed to be the trailblazer for the sector. However, this is something the all-new car is looking to address, thanks to a bold look, upmarket  cabin, improved practicality and driver-focused handling. For this first test, we’ve lined up the Tiguan against a pair of rivals that’ll be tough to beat. The Renault Kadjar is our current crossover favourite, thanks to its efficient engines, practical interior and great value. Does the new VW measure up to these strong points?

Our second rival is the car that kicked off the crossover craze, and the class’s best seller: the Nissan Qashqai. It’s closely related to the Kadjar and, as with the Renault, has an efficient 1.6-litre diesel and plenty of kit. The Tiguan will need to be pretty special to overcome Nissan’s genre-defining family car.

Our mid-spec Tiguan can’t rival the range-topping Kadjar and Qashqai tested here for kit. Sat-nav, LED headlights, leather and keyless entry all need to be added as options to match its competitors’ standard specs. This takes the price over £30k, and makes the other cars look even better value for money. 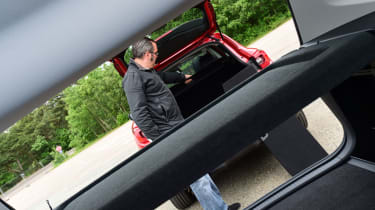 While the Volkswagen has levers in the boot to fold the back seats, they don’t drop completely flat. The Renault’s seats fold the same way, but do go flat, while a roll-out load cover is more useful than the Tiguan’s parcel shelf. Like the Nissan, the Kadjar has floor boards, although there’s less space under the false floor. 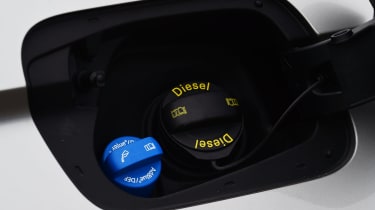 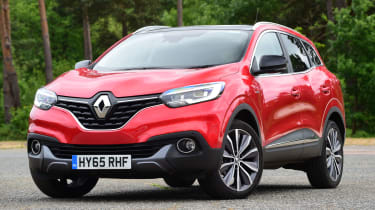 Once again, it’s the Kadjar that takes the spoils in our crossover battle. It delivers more boot space than the Qashqai, is very well equipped in flagship Signature S trim and the 1.6 dCi diesel has a reasonable balance between performance and economy. Even better is the fact it manages this at a price that undercuts both rivals here, while the four-year warranty gives added peace of mind. 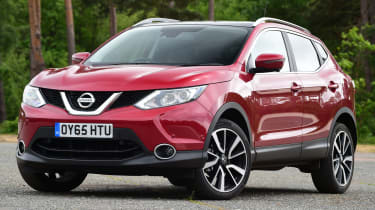 Runner-up spot in this test proves that the Qashqai still has the right ingredients to be a contender in the class; it’s just that the Kadjar has taken the original formula and expanded on it. While the Nissan isn’t as spacious overall as the Tiguan, it has clever storage solutions, plus the extra safety kit, competitive pricing and surprising performance give it an edge over the newcomer. 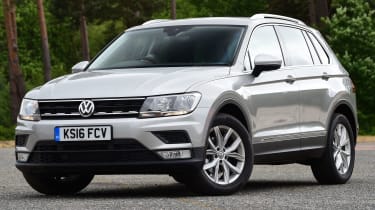 The Tiguan delivers everything you’d expect from a VW, with first-rate quality, classless design and a functional interior. However, if you’re expecting it to drive like a jacked-up Golf, you’ll be disappointed. The suspension is easily unsettled on UK roads, and the diesel isn’t as responsive or efficient as its rivals’. High price and a lower kit tally also count against this SE model. 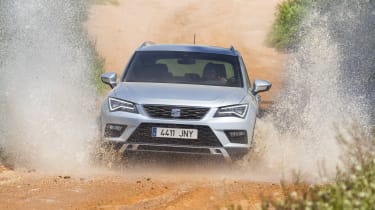 The all-new Ateca uses the same MQB platform as the Tiguan and the same engines, so it should be a close rival in terms of performance. But it offers marginally less space and a sportier driving experience.