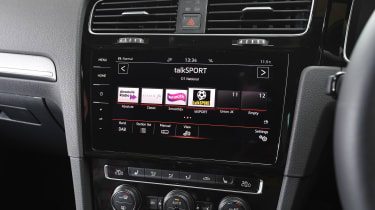 The original Volvo XC90 4x4 changed the brand’s image. When it joined the range of boxy saloons and estates way back in 2002, the stylish seven-seat SUV brought some premium pizzazz. It stood the test of time as well, finally being axed in 2014, 12 years after it first went on sale.

This means the all-new XC90 has a lot to live up to – but with an interior packed full of the latest technology, some very clever safety systems and a new, highly efficient family of engines that’ll feature in Volvos of the future, the car has what it takes to rocket straight to the top of the class.

Plus, as prices start at £45,750, it has value on its side when compared to the competition. Its closest rival has always been the Land Rover Discovery. Over the past decade, if you wanted a refined and practical SUV with lots of space, seven seats and genuine off-road ability, the Disco has arguably been the default choice.

But with the Mk2 XC90 now on sale, has that all changed, or is the ageing Land Rover’s appeal still strong enough to rival the hi-tech newcomer as the family SUV favourite? We get behind the wheel of both models to find out.

Click on the links above to read each in-depth review, then read on below for our verdict. 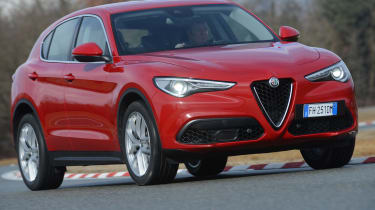 Not only can the Discovery tow bigger loads thanks to its 3,500kg limit, it’s also the more capable choice for buyers wanting a premium seven-seater with go-anywhere versatility. It has three computer-controlled locking differentials and off-road tyres. Unlike the Land Rover, the Volvo doesn’t come with any special off-road programmes.

The XC90’S digital dials are similar to those on the Range Rover and Range Rover Sport, while its iPad-style interface is one of the best around. The Disco is showing its age by comparison, but we’re sure the new model – due next year – will get lots of gadgets to bring its tech tally up to scratch. 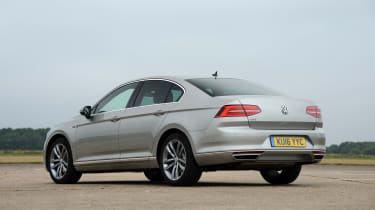 Room in the back row of both cars is good, and six-footers will be comfortable on short journeys. XC90’s seats are more forgiving, and the mechanism is more user-friendly; the middle row slides and folds in one smooth motion, meaning access is a lot easier. 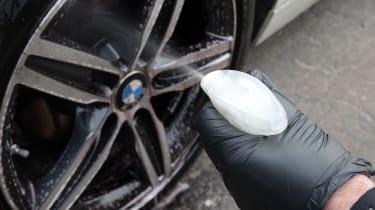 A cool new design direction for Volvo and impressive efficiency make this XC90 a winner. It keeps on delivering, too, with great practicality, a firm yet comfortable chassis and superb levels of equipment and technology. Add into the mix the newcomer’s value for money and it’s a milestone for Volvo; the brand’s first exciting step towards posing a real threat to its upmarket rivals. 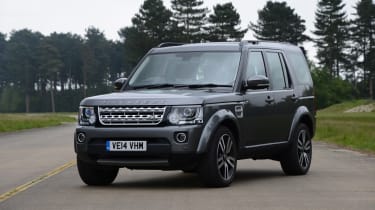 Time hasn’t blunted the Discovery’s appeal. Yet even though it’s been updated over the years, next to cutting-edge rivals like the XC90, it’s no longer the force it once was. That’s partly due to its poor efficiency and the fact this SE Tech model offers a lower spec at a higher price. The ride is still serene, though, and it’s the best seven-seater if you want proper off-road ability.