Which of these seven action cameras is best for fixing to your car to record a favourite drive for posterity? 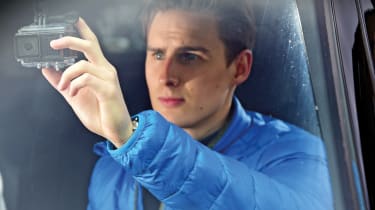 If you are a fan of track days, off-road thrills or simply driving great roads, chances are you will eventually want an action camera to record your adventures.

These tiny devices can be mounted in or around the cabin, on a helmet and even outside the car to provide detailed footage of your driving from just about any angle you want. With waterproof casings and image-stabilisation software, they’re also ideal for other outdoor pursuits. The latest not only record in crisp 4K, but also offer 360-degree footage, giving users a full view of the action around the car.

To find out which is the best, we put eight cameras, both standard and 360-degree, to the test.

Clarity of footage was the biggest factor in our test. We wanted cameras that captured clear, crisp images in various driving conditions. Ease of use was another priority, while price from online sources was also a consideration.

With the Hero 7 Black, GoPro proves again why it’s the go-to device for so many people. It records excellent footage thanks to high-quality camera tech and image-stabilisation software. In second place is the sleek and stylish Drift Ghost 4K, while the Insta360 One X is our pick of the 360-degree cameras. 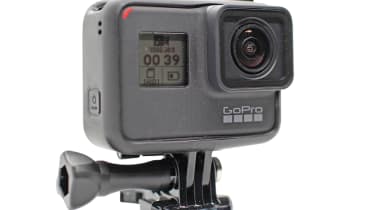 There is a reason GoPro has become a household name in the field of action cameras. The Hero 7 Black is the US brand’s latest flagship model, recording in crisp 4K quality at an impressive 60 frames per second (fps) – a feat no rival here could match. While others, such as the Insta360 One X, offered higher-quality video, the GoPro’s footage was the best, thanks to its Hyper Smooth Video tech which stabilises the footage, ironing out camera shake and vibrations. The screen is easy to use and the menus simple to access. The voice control works, too, although not when wearing a full-face helmet. As with rivals, battery life is quick to deplete when recording at maximum quality. 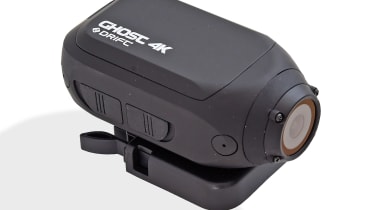 The Drift Ghost 4K is the sleekest camera we tested. It feels like a high-quality unit, with a thick, water-repellent plastic shell. And while it records in 4K clarity at 25 frames per second, users can change this in the settings, taking it down to 2.7K and 60fps, for example. For slow-motion recording there is also the possibility of capturing footage at 720p at 240fps. We found recordings crisp and clear, with the Sony CMOS sensor responding well to changing light conditions. The camera also comes with WiFi, allowing users to download and edit footage with their phone and change settings via the Drift Live app. Included as well is a remote-controlled wristband that enabled us to start recording from a distance. 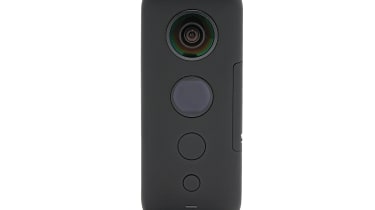 Our pick of the 360-degree cameras. The Insta360 One X uses two 180-degree lenses and the footage gets stitched together on a laptop. It feels like a higher- quality device than its 360-degree rivals, and is small and easy to use. The camera offers the best recording quality on test (5.7K at 30fps), and this showed in the recorded video; it’s incredibly clear and crisp. This was boosted by Insta’s Flow State image-stabilisation tech, although it couldn’t match our test winner here. The other downsides are that mounts are sold separately and cost extra, while the starting price isn’t cheap, either. 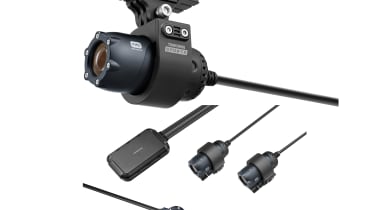 Few manufacturers, if any, have attempted to mix dash and action cameras into one device, and the M1 proves why. The kit is comprehensive, with adhesive mounts for the pair of 1080P cameras, plus you’ll need to find space for the control unit and wired remote control. This device is hard-wired so there are no worries about batteries dying at crucial moments, and the unit records as soon as the ignition is on.

Footage is saved to the supplied memory card, and can be viewed and downloaded via the Thinkware app. Quality is good but no match for our test winner, plus the sound was often distorted. The biggest problem is that the M1 records in one-minute clips, so anything longer needs to be combined in video editing software. Not ideal. 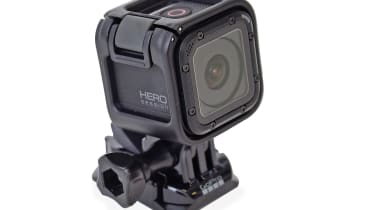 The budget GoPro is an ideal solution for those wanting great-quality footage without paying over the odds. Its 1440p video is beaten by rivals such as the Drift Ghost 4K and Insta360 One X, but we were still impressed at how crisp and clear recordings are on the Session. The camera is particularly good at adjusting to light changes. There is no screen, so all settings are controlled via the GoPro app, but we found this simple to use. As with most rivals, mounting this device to a car involves a 3M tape sticky mount, although it was more affected by vibrations than the Hero 7 Black. 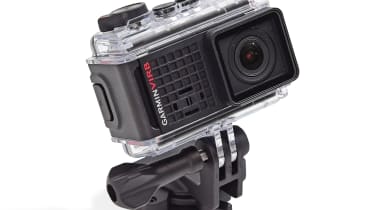 Garmin’s Virb Ultra 30 is another 4K device. It comes with a high-quality 1.75-inch touchscreen to change settings and review footage. Also included is a waterproof case and a sturdy mount, making the Virb ideal for those looking to set up their camera on the outside of the vehicle. The 4K footage at 30fps was clear, capturing lots of detail, but couldn’t match our test winner because the camera was more affected by road vibrations. It couldn’t match the GoPro’s ability to adjust for exposure, either. High price counts against the Garmin as well. 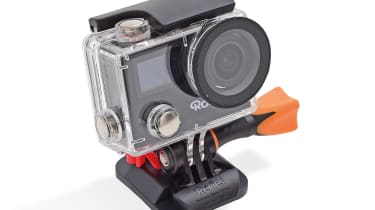 German camera specialist Rollei’s 430 Action Cam records 4K footage at 30fps. As with rivals, it allowed us to reduce the recording quality to increase the frame count, with 2K footage at 60fps an ideal speed. However, the camera lost out to GoPro and Drift rivals on recording quality; despite similar specs, images were shakier and less detailed. We liked the waterproof casing this comes in, although Garmin’s was better because it allowed us to access the camera’s functions more easily. The integrated WiFi meant we could download footage via the Rollei app, and the cam comes with two separate mounts. 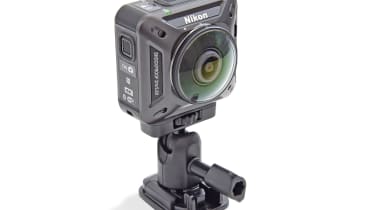 As the name suggests, this is another 360-degree action camera. Nikon is a household name for photographers, and the KeyMission 360 carries over the high-quality feel found in the brand’s still camera range. However, it’s bulky and heavy compared with rivals, and we found the mount wasn’t as good as our test Best Buy’s. While image quality impressed, with the camera recording at 4K and 24fps, it couldn’t match the clarity of the Insta360 One X. Although the Nikon is cheaper than the Insta360, we’d pay the extra for a sleeker camera with better footage. 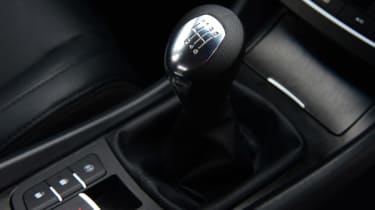 Silverlabel’s 360-degree camera comes with the most mounts – a useful three, instead of the one or two supplied with most rivals. As with other 360-degree set-ups, this allows users to swap between regular and 360-degree settings. The Focus Action Cam 360 records in 1080p quality, and we could see the difference when reviewing the footage on our computer. Details were harder to pick out, while bumps and road distortions affected the camera the most in our test. As a budget 360-degree cam this makes sense, but the pricier options offer better-quality footage.