Still a top performer, but fuel economy lets it down 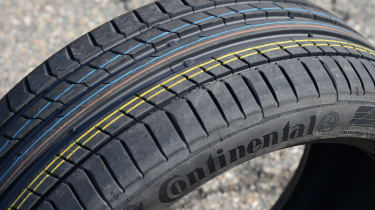 Still a top performer, but fuel economy lets it down

You could call Continental our reigning champion. We haven’t tested 18-inch tyres since 2010, but the German brand was the winner back then with its ContiSportContact 3, and it won last year’s 17-inch test with this tyre, the 5. It was a dominant performance, too, with four category wins and three runners-up places.

Despite coming third this time around, the ContiSportContact 5 has lost none of its appeal; it’s just that two new tyres have moved the game on a touch. On the handling tracks, it was the quickest and felt very lively – delivering quick direction changes with minimum steering input. It can push a little wide, but it hangs on well and you can get on the power early and still maintain the desired line. It’s a real pleasure to drive and gives you confidence to go faster. 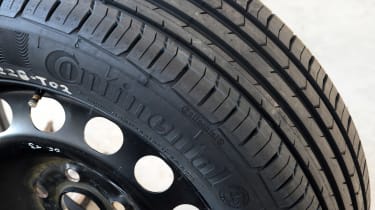 It also fared well in the other wet and dry tests, earning victories or places on the podium across all categories. Continental has made braking its focus, and this could be seen both in the wet and dry.

It was also a strong performer in the deeper water of the aquaplaning tests, where it won the straight-line assessment and took second in the curved test behind the new Dunlop. But it just loses out to two new designs here, and that’s largely down to fuel economy; it proved around three per cent thirstier than the best.