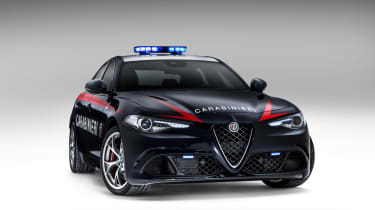 While most police forces around the world are stuck with relatively dull saloons and hatchbacks, the Italian Carabinieri can be trusted to do things with a little more style. The Italian military police force has just taken delivery of its latest rapid response vehicle – the Alfa Romeo Giulia QV, which will join forces in Rome and Milan.

The police-fettled Giulia retains the same engine and chassis as the regular Giulia QV, which is no bad thing. The 2.9-litre V6 engine lying underneath the curvy bodywork produces a mammoth 503bhp, which is good for a 0-62mph sprint of under 4 seconds. The car can then go on to a top speed of 190mph. In true sporting spirit, the Carabinieri has even retained a manual gearbox for maximum driver enjoyment. 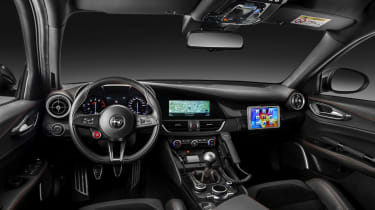 Up top, a special LED light bar has been fitted, while the stylish interior has made way for essential police equipment, including a radio, defibrillator, weapon storage compartments, and a passenger-side tablet.

• Police cars - the best and the worst

Criminals can relax, though, as these Giulia QV’s won’t be used for general traffic duties. Instead they’ll be retained for high-importance jobs, including transporting organs and escorting VIPs.

The new car comes as part of an agreement between the Carabinieri and FCA Fiat Chrysler, which will result in the delivery of around 800 new cars over the course of 2016. In addition to the stunning Giulia, FCA will provide Alfa Romeo Giuliettas, Jeep Renegades, and Fiat Panda 4x4s. It seems even the fuzz aren’t immune to the crossover craze.

What would you like to see turned into a police car? Let us know in the comments below... 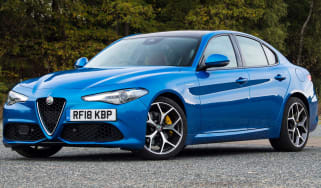 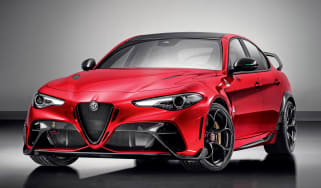 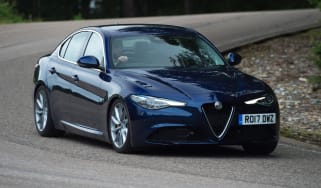