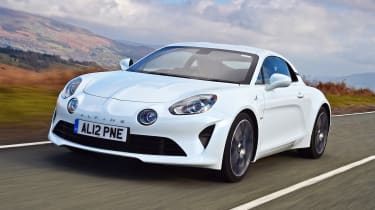 Future Alpine models will adopt electrification as the brand “cannot escape” the advances of the technology, according to Oliver Murguet, EVP Sales and Regions at Groupe Renault.

Speaking to Auto Express, Murguet admitted that despite Alpine’s focus on lightweight, back-to-basics sports cars, it will have to implement electrification into its next generation of models. “Electrification will be massive,” Murguet told us. “We have to intensify electrification. Alpine cannot escape.”

While Murguet wouldn’t give a timeframe on the introduction of electrification, nor what form it may take, it is clear that Alpine intends to significantly develop its product portfolio in the future.

Up to now, Alpine has only one model: the A110. Implementing electrification would add weight, but any such car would counter the extra bulk with improved power and torque. However, Murguet didn’t seem to think this was particularly problematic, adding: “Look at Ferrari - even the latest Ferrari is [hybrid] electric.”

Despite the A110 weighing just 1,103kg, Murguet suggested that stripping a car bare didn’t necessarily tally with the brand’s mantra. “Alpine customers are asking for more sportiness, but also more cosiness,” he said.

Bosses have previously hinted at the idea of an Alpine-badged SUV. Although no such project has been confirmed the larger and heavier setup of a hybrid or electric powertrain would be a better fit for the more favourable packaging of such a model.

Would you like to see a hybrid Alpine A110 in the future? Let us know in the comments below...

Visit 'We all love sports cars, but not enough of us buy them' 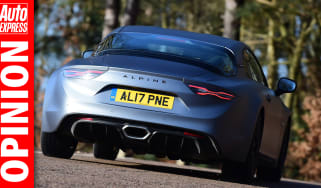 Renault could kill off the lovely Alpine A110 and that seems crazy, until you look at the reality of building and selling sports cars today.
Visit New Alpine A110 Legende GT and Color Edition specials launched 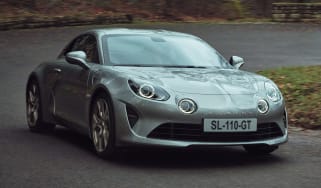 The comfort-focused Alpine A110 Legende GT and the fashion-conscious A110 Color Edition are on sale now, with prices starting at £60,000
Visit Alpine unveils off-road tailored A110 SportsX 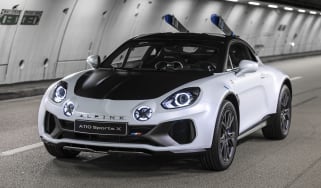