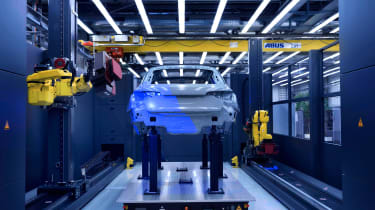 Audi has revealed how it plans to improve the perceived build quality of its cars in the near future, with new, technologically advanced quality assurance systems.

At the heart of this is the Virtual Master Jig. It’s a new digitalised jig system currently being assessed by Audi’s quality assurance team at the firm’s headquarters in Ingolstadt.

Alongside the conventional master jigs used by Audi’s technicians to check the accuracy of surfaces and the quality of shut lines, this new system - making use of a giant photometric measuring cell - has been introduced.

Housed within a space roughly the size of a double garage, two robots capable of twisting and turning on eight axes are armed with 16 megapixel high-resolution optical sensors. These sensors can digitally capture, reproduce and accurately map the surfaces of an A4 sized car in about four hours, compared to the 48-hour digitalisation process of the previous jig system. 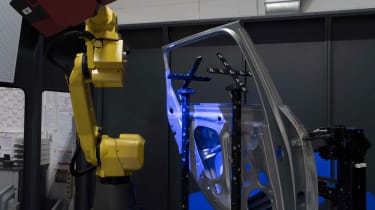 The sensors capture up to 20 million measurement points to map an accurate surface. This compares to the 6,000 points produced by the tactile measurement procedures previously used.

Audi claims that one of the biggest benefits of a sensor system like this is that measurements can be taken without touching the materials, so softer components such as seals and seats can be measured more accurately.

Digitalisation also means that the firm’s quality checkers can begin working much earlier in the development process of a new model. Under previous methods, jobs such as checking shut lines would begin ten months before series production. Now, technicians can begin work on tasks like this around two and a half years before production begins, on the basis of highly accurate 3D models. As such, Audi claims bodywork finish quality will improve on its next-generation cars. 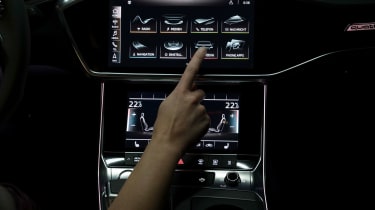 Alongside the Virtual Master Jig, Audi has ‘electrified’ the jig used to mark interior fit and finish too, in order to make it more relevant for increasingly digital cabins. The new electrified interior jig means technicians can evaluate interior quality in greater detail ahead of production, with all electronic interior functions available to test at a much earlier stage in the development process.

Audi says that the new electrified interior jig has been put to use on the next-generation A6 saloon, which the firm says is due in 2018.

How often do you notice crooked shut lines and misshaped bodywork on new cars? Tell us in the comments below.