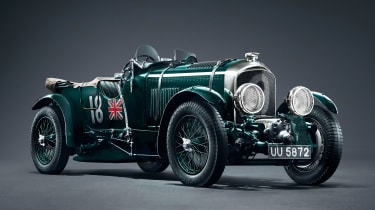 Bentley has announced it will produce a continuation series of the iconic 1929 supercharged 4 ½-litre “Team Blower” racer. Production will be limited to just 12 units – one for each race the original cars entered – and each will have an identical specification to the Team Blower racers. Prices are available only on application.

To provide a template for the continuation series, Bentley will disassemble its own Team Blower 4 ½-litre and catalogue its parts, before 3D-scanning each component to create a digital model of the car. Twelve sets of parts will then be produced, using a combination of the original 1920s moulds and modern manufacturing technology.

Like the original racers, each of the Team Blower continuations will be powered by a carbureted 4.4-litre four-cylinder 16-valve engine. It features an aluminium crankcase, cast-iron cylinder liners and a non-detachable cast-iron cylinder head. The supercharger will be an exact replica of the original car’s Roots-type unit. Power stands at a claimed 240bhp. 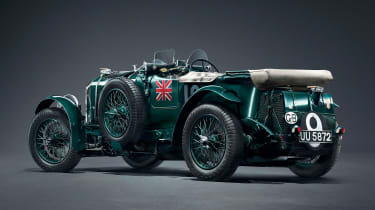 Bentley says it will take Mulliner two years to complete the 12-car production run. The Team Blower continuation series forms part of Bentley’s ongoing Centenary Celebration, which has already seen special edition versions of the Continental GT, Continental GT Convertible and Mulsanne, as well as an all-new version of the Flying Spur.

What do you make of the Bentley 4 ½-litre Team Blower continuation? Let us know in the comments section below…