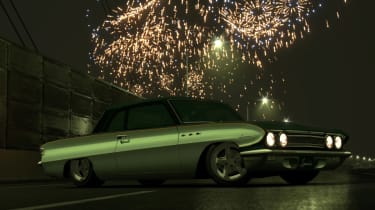 As the Gran Turismo franchise grew, more manufacturers wanted to get involved in the game, but series creator Kazunori Yamauchi also wanted special, one-off models to appear alongside the more mainstream offerings. To achieve that, Kazunori started a partnership with the SEMA modified car show in the US, where he would pick his favourite car of the show and have it rendered for the GT series.

In 2004, the first fruits appeared in the shape of a heavily customised 1962 Buick Special called Bu’Wicked. This low-riding machine packed a supercharged V8 that you could tune to 831bhp in the game, and meant it was perfect for doing huge burnouts.