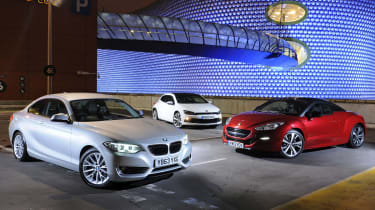 Is it time for a new car to light up the small coupe sector? BMW hopes so – and its sleek new BMW 2 Series certainly has all the raw ingredients to shine.

With a new badge, and a longer and lower body than the 1 Series Coupe it replaces, the newcomer looks more grown-up and distinctive. Yet under the skin are famliar 1 Series mechanicals, which mean driving thrills and durability are assured.

From launch there’s a choice of three petrol engines and three diesels, with the 220d expected to be the biggest seller. Powered by BMW’s familiar 2.0-litre TwinPower diesel, this car promises to blend strong performance and famed rear-drive handling with frugal economy and low emissions.

However, the Peugeot RCZ and Volkswagen Scirocco are well established in this market and offer a similar mix of stylish attributes for the same sort of money.

So we headed from the bright lights of Birmingham to some of the best roads in the country to find our winner.

Click the links above to read each review and then read on below to see our verdict. 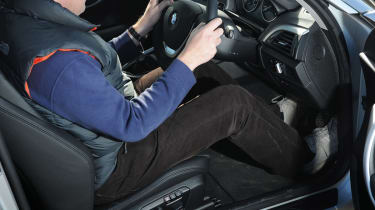 Great coupes need a comfortable yet sporty driving position – and the 2 Series is perfect. You get a lot of wheel and seat movement, while the base can be lowered further than in either rival.

The Scirocco’s seat doesn’t adjust low enough and a more upright dash gives the cabin the feel of a traditional hatch. The RCZ is pretty good, although there’s no off-clutch footrest, which can get annoying on long journeys.

The 220d is offered with optional Adaptive M Suspension featuring electronically controlled dampers or a conventional M Sport set-up with stiffer springs and dampers. Both give you a 10mm drop in ride height. The GT-spec Scirocco gets VW’s Adaptive Chassis Control dampers as standard. 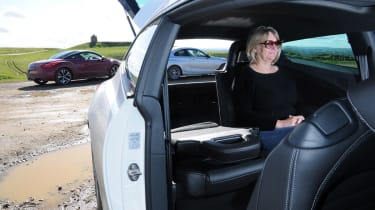 All three cars are technically four-seaters, but the RCZ’s rear seats aren’t really for adults. The VW has plenty of legroom, but headroom’s tight. So the BMW, with its big side windows and large rear screen, is the comfiest choice. 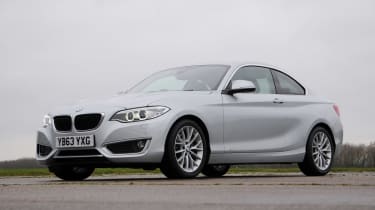 BMW has a long tradition of making fine-handling and classy coupés, and its smallest is now one of its best. With sharp handling, a great cabin and strong refinement, the 220d feels like a grown-up choice, yet costs less to buy and run than rivals here. 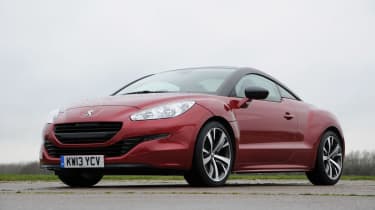 The recently refreshed RCZ is still a fantastic-looking coupe. The cabin can’t match the BMW for quality and the car isn’t as quick as its rivals, but sharp handling and a big slice of style ensure it’s a desirable two-door that just pips the VW. 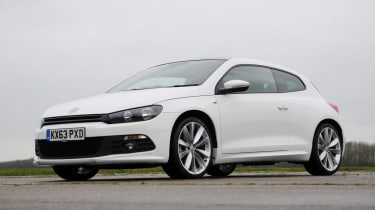 Even after five years on sale, the Scirocco remains a desirable and practical buy. However, it lacks the handling sparkle of its rivals and the cabin is beginning to look a little dated. The revised version, due in September, can’t come soon enough.