Now in its seventh generation, the German compact executive saloon is based on a new platform and comes with a new, more efficient plug-in hybrid powertrain which offers greater levels of on-board tech than those that came before.

The 3 Series is BMW's best selling model, with the saloon accounting for one in five cars sold by the manufacturer. In fact, over 15 million have found homes since its launch back in 1975. 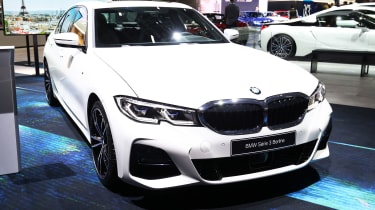 Not only is the 3 Series new from the ground up, but it’s also up to 55kg lighter than before, depending on spec. The Audi A4 rival has made the switch to BMW’s new CLAR architecture, which also underpins the larger 5 Series saloon.

Against a tape measure, it’s 4,709mm long, 1,827mm wide and 1,442mm tall, so larger than its predecessor but still slightly shorter than an A4. On paper, the 480-litre boot is no larger than that of the outgoing car. But that previous figure included storage beneath the boot floor; in reality, there’s an extra 36 litres of visible boot space in the latest model.

The 3 Series’ popularity is one of the reasons why the saloon hasn’t undergone a dramatic redesign; it’s still recognisable as a 3 Series, but is the first model from BMW to feature the firm’s new ‘Precision and Poetry’ design language. This sounds fancy, but in reality refers to some of the sharper panels and lines on the bodywork, which help differentiate it from the larger 5 Series.

The cabin has undergone a more noticeable makeover; it was an area that customers heavily criticised about the previous car. The biggest change is the simplified dash and centre console design, with the car’s main functions clustered below the dash-mounted screen and around the gear selector.

BMW’s latest iDrive 7.0 infotainment system is accessed through a new 10.3-inch touchscreen display, which comes paired with a 12.3-inch digital cockpit, a first for the 3 Series. The system can also be operated via the iDrive wheel on the centre console, or through voice or gesture commands. More basic models feature a smaller 8.8-inch display and analogue dials.

In the UK, three specifications will be offered: SE, Sport and M Sport. All models come as standard with Adaptive LED headlights, a reversing camera, three-zone air-con and alloy wheels.

M-Sport models are expected to be the most popular and come equipped with reprofiled front and rear bumpers, sports seats, a leather steering wheel and BMW’s professional navigation system comprising the larger 12.3-inc digital instrument display and 10.2-inch central display on the dash. 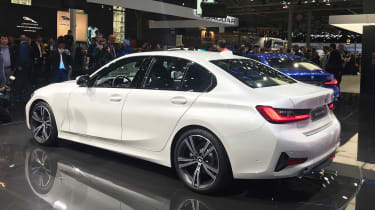 A raft of new safety kit and driver assistance systems has also been added to the 3 Series. Collision and pedestrian warning with automatic braking is now standard across the range, while adaptive cruise control with stop & go function, steering and lane control assist, while side collision alert is also available.

Another first for BMW is something the firm calls ‘intelligent personal assistant’. The system is able to learn and recognise regular habits and behaviours of drivers and adjust the car automatically. For example, if a regular route includes a toll road, the car will disable the stop/start system and automatically lower the driver’s window at the right moment.

The ‘personal assistant’ can also react to driver commands; if they say “I’m tired”, the car will automatically lower the cabin temperature and begin to play upbeat music.

The 3 Series will be offered with two petrol engine and two diesels, all of them turbocharged four-cylinder units. The petrol options include a 320i (£32,220) which uses a 2.0-litre engine developing 182bhp and 400Nm of torque. Sitting above it is the more powerful 330i (£37,660), which uses a 255bhp version of the same engine. It sends power to the rear wheels via an eight-speed automatic gearbox.

The four-wheel-drive 320d xDrive (£36,800) completes the range for now, and gets an eight-speed auto as standard.

Later on, the model range will expand to include a six-cylinder 330d (£39,630), which will use a 263bhp 3.0-litre engine producing 580Nm of torque. And next autumn, a 330e plug-in hybrid will also be added to the range. Its powertrain is likely to comprise a 2.0-litre four-cylinder petrol engine and 87bhp electric motor. BMW’s initial targets for the hybrid are 37 miles of all-electric range and CO2 emissions of below 40g/km.

Once the standard line-up is in showrooms, BMW will turn its attention to the performance models; M40i and M40d variants will be launched, while the flagship M3 will arrive by 2020. 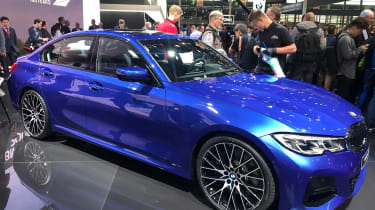 The 3 Series is the first car from BMW to feature new hydraulic bump stops on the suspension; they are fitted as standard to every car. Horn told us this has allowed BMW to improve the car’s dynamics without compromising comfort. M Sport brakes and suspension with lowered ride height, Adaptive M suspension and an electronically controlled M Sport differential are standard on 330i models, and optional across the range. 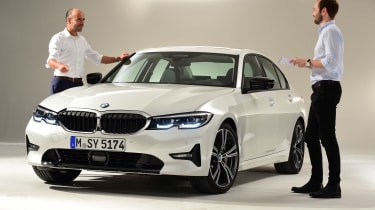 Q: What was the main focus with the new 3 Series?

A : “It’s one of the main pillars of BMW, the core of the brand. It has to be the ultimate sports sedan because the competition is getting better, so we wanted to make a major step with this car. Driving dynamics were key; we have a new lightweight construction and we’ve managed to lose 55kg and increase the stiffness for better responses.”

Q: What did 3 Series customers want with the new model?

A: “A criticism was the interior. Buyers liked the great standard features, but the cabin was too cluttered, they told us. The design is much smoother and calmer now.The quality of the leather has improved, and all the buttons and switches are now grouped into islands for simplicity.”

Q: Where is the biggest improvement?

A: “I cannot pinpoint one specific thing, it’s all in the details. We worked on every detail to improve the car as a whole.”

Q: What is the stand-out feature?

A: “We definitely have the best driving dynamics. It’s such a good base for a car with 50:50 weight distribution, lightweight body and wide track; the genes are all there.” 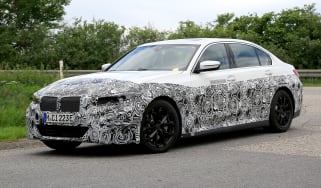 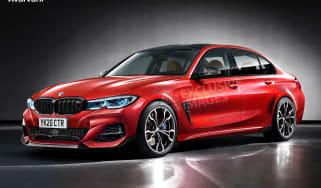