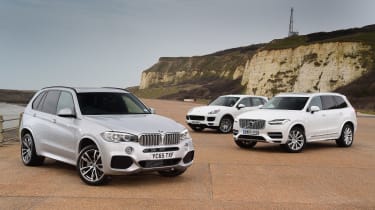 Say the words ‘full-sized SUV’ to most people, and a vision is likely to spring to mind of a gas-guzzling 4x4 that’s either stopped outside the school gates or at a petrol station.

However, the idea that full-size SUVs are big, thirsty machines is being challenged by a new breed of model that incorporates the latest plug-in hybrid technology. In this test, we’ve lined up a couple of recent arrivals to take on a hybrid pioneer.

First up is the BMW X5e. It’s based on the standard X5, but is fitted with a petrol-electric drivetrain that promises a range of 19 miles on battery power alone.

But that’s not as far as our second contender claims to go. The Volvo XC90 T8 Twin Engine has an official range of up to 27 miles, as well as lower overall CO2 emissions than the BMW. Trouble is, it’s also more expensive than its rival.

Both of these cars will have to be at the top of their game to beat one of the first plug-in SUVs on the market: the Porsche Cayenne E-Hybrid. It has a power advantage, but does that mean a compromise when it comes to efficiency?

We put all three through their paces to see if they offer the best of both worlds. 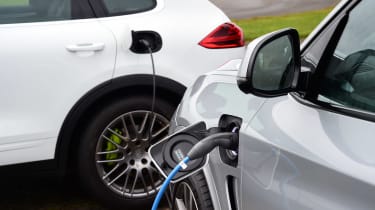 All three cars can be charged from the mains, and if you want to recharge on the move, you can set them to harvest energy back into the battery by using the engine as a generator.

You can also save the charge for use later, while the X5 can optimise the best time to use the electricity supply if you have set a destination in the sat-nav.

The XC90 has the biggest boot here, but all three models are compromised by their hybrid drivetrains. In five-seat mode, the Volvo provides 640 litres (compared to 775 litres in the standard XC90), while the Cayenne loses 38 litres and the X5 is down to 500 litres.

None of these cars qualifies for the Government’s Plug-in Car Grant – the X5 has emissions over 75g/km, while the other two break the £60,000 price threshold. All three makers provide discounts on fast charging points, though. 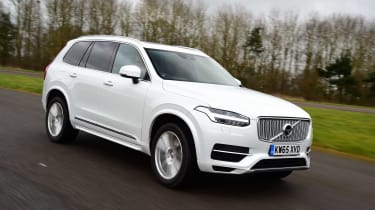 The XC90 takes victory, with a major caveat. It wins thanks to its low company car tax rate, surprising straight-line pace and first-class cabin, but the Twin Engine only makes sense if you can charge it every time you park it. If you don’t, fuel economy will only be slightly better than the T6 petrol, and the small tank means you’ll fill it up more often. For most buyers, the D5 diesel is a better option. 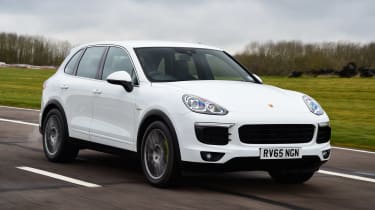 Like the XC90, the Cayenne E-Hybrid only makes sense if you can plug it in to maximise the amount of electric running you can do, and a regular model may be more suitable for your needs. It’s not the most efficient hybrid around, and it can get expensive pretty quickly if you rack up the options, but it beats the X5 for performance, handling and practicality. 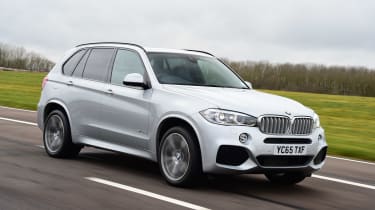 Compared to its rivals, the X5 40e can be viewed as reasonably good value, although that £57k price tag is still steep. Unfortunately, adding a hybrid drive system hasn’t done anything to improve the standard X5 driving experience, and it still suffers from the same compromised handling and uncomfortable ride. It’s not a giant leap in terms of efficiency, either. 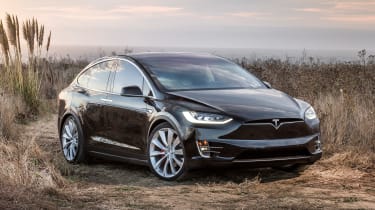 As well as a radical rear door layout and all-electric power, the Model X will offer seven seats and searing straight-line performance. Plug it into a Tesla Supercharger, and it’ll charge to 80 per cent capacity in only 40 minutes.