What is Move_UK? How the UK plans to take the lead in autonomous car tech 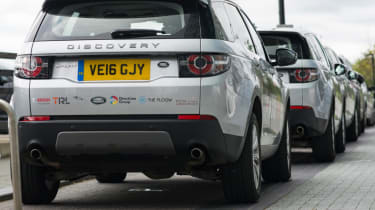 There’s little doubt that the future of motoring will be autonomous, the recent developments with Google and its child company Waymo being case-in-point. Electric cars that drive themselves and leave us to read the papers while they do the driving may have seemed like science fiction a decade ago, but makers are now serious about reaching fully autonomous levels by as early as 2030.

Yet a lot of hard work and analysis needs to be done before we reach that point. Technical advances allowing cars to take over acceleration, steering and braking have all been important, but one of the most time-consuming problems is proving and validating the reliability, safety and effectiveness of the autonomous software on board.

Typically, the safety validation process involves driving EVs or normal cars equipped with banks of computers and bulky cameras hundreds of thousands of miles in a range of environments and conditions in order to make sure the driverless cars are equipped for all possible scenarios. 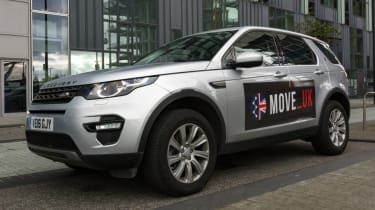 Of course, all this takes time and costs money, which is why MOVE_UK, a Government-backed consortium led by technology company Bosch, is trying to speed up that development journey. Auto Express spent the day with MOVE_UK to see how the motor industry is accelerating the development of autonomous vehicles.

MOVE_UK consists of some of the country’s biggest household names in addition to Bosch. Jaguar Land Rover (JLR), the Transport Research Laboratory (TRL) and insurer Direct Line Group are all taking part. A telematics company called ‘The Floow’ is also on board, while the final partner is the Royal Borough of Greenwich in London.

To ensure the new systems work in all conditions and settings, vehicles are taken to destinations around the world, then shipped back to the lab for data collected to be downloaded and analysed. “If we want to get new systems on the road quickly in future, the industry needs a faster way of doing things,” Morley adds. 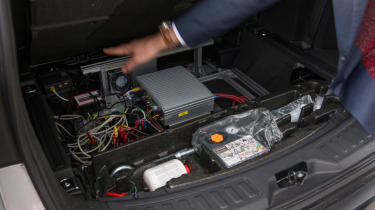 He explains the scale of the problem: a fully self-driving vehicle is ultimately expected to generate up to eight gigabytes of raw data every single second. It’s the equivalent of downloading two Netflix movies, and that’s just one vehicle. There might be two or three hundred prototypes running around in the pre-production phase of a new car launch. This protocol also applies when it comes to model and software updates, meaning manufacturers will spend months analysing data for something as small as an update to the autonomous tech on board.

MOVE_UK is aiming to do things differently. Its solution to this monstrous data-handling problem is the 3G and ‘cloud’ remote server-based system being tested in Greenwich by staff working for the borough. The system uses mobile phone connectivity to upload data ‘live’ as it’s being collected, so that it can be analysed immediately.

Even more significant is the system’s ‘event-based’ approach, designed to record and transmit data for analysis only at critical moments during a drive – primarily as hazards are anticipated or encountered by the car’s standard safety kit and radar, and when significant driving inputs are required (either by the vehicle or the driver). The process is expected to cut the workload makers have to undertake drastically.

Central to the MOVE_UK project is the small fleet of five Land Rover Discovery Sport SUVs that isn’t electric or autonomous, but which has been driven 30,000 miles around by Greenwich Borough employees carrying out routine daily duties for the past 12 months.  Bosch UK’s chief engineer on the project Sven Lanwer showed us around one of the cars. 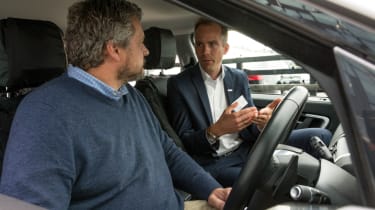 Apart from a small bit of circuitry tucked discreetly above the rear view mirror, which hums with a PC-style cooling fan, there’s nothing at all to distract the driver from normal operations. More than 250 different signals are recorded every second, along with event-based video clips from the Discovery Sport’s road sign recognition camera.

Lanwer adds that as the project goes on cars will be fitted with a full 360-degree monitoring system, but will still only record footage at critical events. He believes this kind of kit will eventually become standard on autonomous production vehicles in years to come. However, this also suggests the cars and their owners will be self-validating their own software updates in the future.

“It’s possible, yes,” says Lanwer. But he’s quick to quash any safety concerns about this, adding: “Of course systems will be tested first on prototype vehicles, but with this technology new cars could also feed data into the system so we can constantly monitor and improve the performance of future versions.”

To see how the systems work, we hop into one of the Discovery Sports. As we drive with Lanwer in the passenger seat, the technology works silently in the background. From behind the wheel you’d never know that your every move is being monitored. As well as tracking our location, the analysis team is gathering data from the autonomous braking system and road sign recognition cameras at critical points. 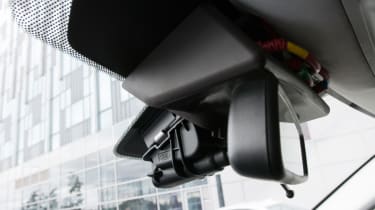 If a pedestrian were to jump into the road in front of us and trigger the AEB, for example, engineers in a lab would be alerted and they could make sure the autonomous software had spotted them.

It’s an ingenious way of saving time and effort in autonomous vehicle development and is likely to have ramifications throughout the industry.

Are you looking forward to the prospect of autonomous motoring? Let us know in the comments below...