AIR Index promises easy-to-understand, real-world NOx levels for buyers and policymakers. High NOx readings have been found for some models 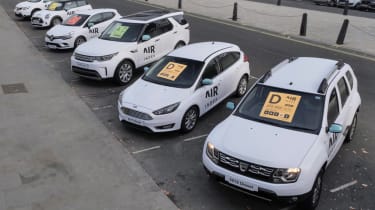 A new, independent emissions rating system, offering an easy-to-understand red, amber and green rankings for cars, has been launched.

Dubbed AIR (Allow Independent Road-testing), the scheme sees cars awarded a mark from A-E, accompanied by one of five shades of green, amber and red. The results are based on cars’ nitrogen oxide (NOx) emissions in a real-world testing scenario, with NOx measured using the PEMS (portable emissions measurement system) kit deployed by type approval testers.

The 2018 Land Rover Discovery 3.0 TD6 came out with the lowest urban NOx rating of the six cars tested, gaining a green ‘A’ rating thanks to urban emissions of 33mg/km. The 2017 Nissan Qashqai 1.2 DiG-T was awarded a ‘B’ grade thanks to urban NOx levels of 137mg/km, while the MINI Cooper S three-door 2.0d was handed a C rating of 231mg/km. 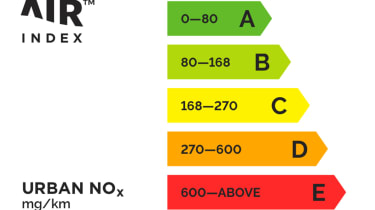 It was bad news for Renault, though, as its Clio 1.5 dCi was slapped with an E rating 651mg/km, while its sister brand Dacia only got a D rating of 422mg/km for the Duster 1.5 dCi. Meanwhile, the previous-generation Ford Focus 1.5 TDCI also received a D rating with urban NOx readings of 429mg/km.

The current NOx limit for new models gaining type approval is 80mg/km for diesel cars and 60mg/km for petrols, but so-called ‘conformity factors’ allow cars to emit up to 168mg/km (diesel) or 126mg/km (petrol). A court ruling towards the end of the year deemed that these conformity factors should abandoned, but a challenge to this ruling from the European automotive industry looks likely.

While the NOx readings AIR supplied to Auto Express are taken from the urban portion of the RDE test (full RDE assessments take place on urban and rural roads as well as motorways), AIR’s architects say their system will bring “objective, independent, and publicly available assessment of vehicles’ actual NOx emissions during real driving in urban environments.”

Following the Discovery’s success in the AIR Index test, JLR has become the first manufacturer to officially adopt the system, with customers who visit the brand’s site being able to see the ratings.

Dan Carder, director of the Center for Alternative Fuels, Engines and Emissions at West Virginia University, led the team that published some of the earliest evidence of the Volkswagen dieselgate scandal.

He said: “If the AIR Index had been implemented 15 years ago, Dieselgate would likely not have happened.

“Until the recent implementation of the AIR Index, the air quality debate was devoid of objective, independent, and publicly available assessment of vehicles’ actual NOx emissions during real driving in urban environments.”

In response to the Focus’ D rating, a spokesperson for Ford said: “The Ford Focus has always met EU emissions targets – as have all Ford vehicles – and will continue to do so.

“The 2017 vehicle tested complied with regulations at the time, which have since been superseded by the RDE (Real Driving Emissions) standard. The Ford Focus on sale today has more advanced emission controls again compared to the model tested to meet RDE.”

A spokesperson for Renault and Dacia told Auto Express that “all Groupe Renault vehicles are, and always have been, type-approved in accordance with the laws and regulations for all the countries in which they are sold.  They all conform to the applicable standards, and Groupe Renault fully supports the evolution of emission level standards.”

What do you think of the new AIR Index emissions tests? Will they influence your car buying decisions? Let us know in the comments... 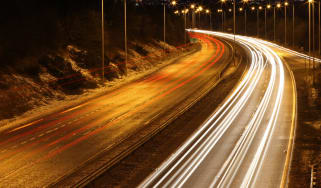