Car underseal: what is it and is it worth doing? 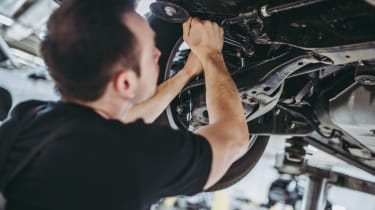 In the bad old days, some cars might have rusted by the time of their first service. That's no longer the case, but that doesn’t mean modern cars don’t corrode.

In fact, look in any scrapyard and you will see a surprising number of relatively modern vehicles which have succumbed to the MoT tester’s screwdriver. Behind the plastic bumpers and trim, many cars on the road today can be slowly dissolving away. But what can you, as the owner, actually do about the problem of rust? One of the few effective courses of action is to look at car underseal or other rust-proofing measures and below you’ll find our top tips on the different preventative rust treatments available.

• How to check if a car is taxed, insured and MOT'd

Certain car brands have gained a reputation for rust, and they’re not necessarily the ones you’d expect. Pressure to cut production costs can mean car makers skimped on the corrosion protection on the cars when they were built, leading to problems later on.

It can also be a big issue with vehicles which were imported into the UK as used cars, especially from Japan. There, domestic models are not rust proofed extensively as the climate is generally milder and the roads are not treated with corrosive salt in winter.

If you want to preserve your car and ward off the welder, it’s a good idea to invest in some underseal or other rustproofing. This is especially advisable if you live near the sea, regularly drive on rough roads or have had an advisory on an MoT for corroded components. Getting to them earlier will prevent further expensive problems down the road.

Do you need car underseal?

Underseal generally is a tougher paint which is designed to give protection to areas of the car which are not seen everyday, such as the bottom of the car and inside the wheelarches. It is a thick paint which isn’t pretty, but can stand up to being showered which road chippings and debris because it is slightly flexible.

The layer of underseal applied at the factory will become thin and chipped over time however, allowing water and salt to get to bare metal. Moisture or mud can get also get trapped in hidden folds and behind trim such as sill covers. Careless tyre fitters and mechanics can also chip the coating when jacking a car up.

This is when rust will form, and it can quickly become an issue which will make a car uneconomical to repair. Once it has taken hold, small patched welds may get it through an MoT, but unless you have a proper panel replacement it will come back in the future

There are several different types of treatment, and each has different costs and benefits.

The cheapest form of underseal is a simply a type of bitumen – the same material which is used to hold roads together. It costs around £5 for a small can and is effective at protecting ‘banger’ type cars which you don’t expect to last long term. It doesn’t look pretty though, and make sure you wear gloves and mask off any areas you don’t want to be coated, as it is tricky to remove once applied.

• How to cut your car service costs: cheaper servicing, MoTs and repairs

If applied thickly it provides decent protection for a few years, but after a while it will become brittle and crack. This will allow water to meet the metal again and it can even trap the moisture, encouraging rust.

Some mechanics will also apply grease or even old engine oil to components such as brake lines in order to ward off corrosion. This isn’t to be advised, as they can drip off onto the road and cause real issues for cyclists and motorcyclist, as well as causing pollution.

Waxy-type underseals are more expensive, but have the ability to ‘self-heal’ if hit by road debris, which means the panel is always protected. After a few years, though, it can wear away - especially if the underside of the car is regularly pressure washed. In really hot weather it can even melt, leaving some areas with thinner protection.

The best treatments are more expensive but combine corrosion-inhibiting elements and rust converting chemicals in the coating. If the underside of your car is starting to corrode slightly, then these types will treat that at the same time as protecting against further corrosion. 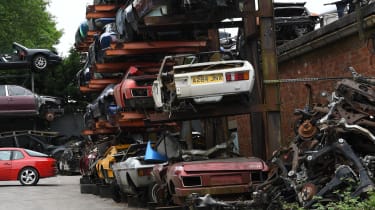 It’s also a good idea to treat the inside of box sections such as chassis rails and sills. A different type of chemical is used for this, or other underseal products can be made thinner with white spirit to make them easier to spray or inject into these inaccessible places.

Treating a car is something which can be done by a keen DIYer, but it’s a messy job and you’ll need decent access to the underside. It can be done on ramps or axle stands – just make sure it’s safe before getting under the car and make sure you wear old clothes and eye protection.

To do the job properly you’ll need to make sure the surface to be painted is clean and that the old, cracked underseal is removed. If there are any rust holes, get them repaired now – covering it will only make the welding job more difficult (or impossible) later.

You can either use a paintbrush, aerosol or spray gun to apply the seal. Make sure you mask off areas which shouldn’t be covered – especially the brakes. Protect the exhaust too – although it’s not disastrous if it is coated, the heat will burn the underseal and it will smell unpleasant. It’s also worth covering the paint on panels you will see, as overspray is difficult to remove.

Access to the sills and other enclosed areas can usually be gained by carefully removing a blanking plate or grommet. It there are wheel arch liners or other bits of trim, it is worth dropping them down to access the metal behind. When underneath the car, make sure you spray from different directions to ensure even coverage.

If you don’t fancy doing it yourself, then some garages, bodyshops or specialists will be able to do it for you – expect it to cost between £350-£500. Be sure to go on recommendations though, as it is a tricky job.

Once your car is treated, you can relax knowing you have protection. Remember to keep an eye on it though, and expect to keep the treatment topped up every few years to make sure the rust stays at bay.

Has your car ever succumbed to rust? Let us know in the comments below... 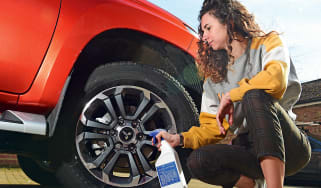 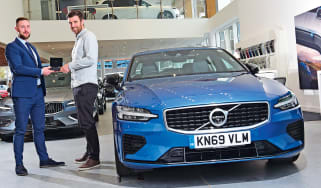 Car care tips: how to protect your investment 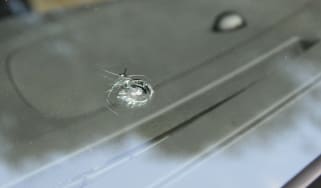 What to do if you get a stone chip or crack in your car windscreen
Best car cleaning tips: the secrets to a perfect finish 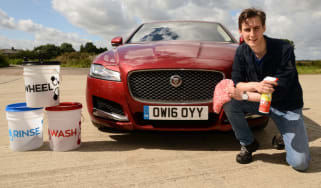 Best car cleaning tips: the secrets to a perfect finish