It is key that we try and learn as much as we can from the automotive living legends before it's too late, says Mike Rutherford 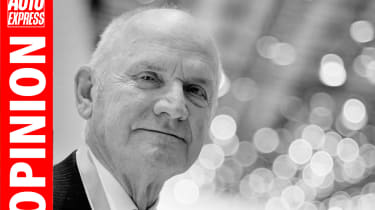 The global auto business has said farewell to three true greats in recent months. And the industry is a far poorer and less interesting place without them.

Sergio Marchionne, 66, passed away last summer. The countless articles and books about the man who ‘saved’ Fiat-Chrysler will no doubt keep us educated, entertained and occasionally angry. For me, what summed up the profit-obsessed FCA CEO best was his reaction to internal documents that said sales of the electric Fiat 500e were worryingly low. Sergio was fine with that. Why? Because, as a forensic accountant, he knew that every 500e sold lost the company money.

It’s fair to say that Lee Iacocca enjoyed a long innings at the epicentre or on the fringes of the US auto industry by the time he died earlier this summer, aged just 94. He’ll go down as one of the best-known celebrities of the American car biz. And there are few car guys who’ve been more controversial – thanks to bizarre comments like this from the Gospel According to Iacocca: “We’ve got to pause and ask ourselves: how much clean air do we need?” Discuss, if you dare.

Ferdinand Piech, 82, passed at the end of August. The ‘saviour’ of Volkswagen and the man responsible for the rebirth of Audi seemed to have it all – family pedigree, power, job titles, wealth, and more, including an unnerving ability to scare the hell out of people he dealt with, me included. During my one meeting with him, he came across as menacing and unhappy. His wife Ursula confided in me that despite his impressive car collection he was most content driving a humble Beetle when going about his day-to-day business.

I’m guessing that after his awkward departure from the VW Group, which later scrapped one of his babies (the ‘New’ Beetle), mishandled the public launch of another (the absurdly overpriced XL1), then created the automotive scandal of the century (Dieselgate), it’s almost feasible to think that Piech died of a broken heart.

Thankfully, there remain plenty of living legends who, despite being in the autumn of their automotive lives, are able to offer us their priceless expertise, experience and vision – which we must grab with both hands before it’s too late.

Hyundai-Kia has arguably the widest, most accessible range of affordable part-electric, all-electric or hydrogen cars. And its allegedly old-school chairman, Mong-Koo Chung, is responsible for taking both brands to the top of the tech tree. Not bad for an 81-year-old.

Bob Lutz, 87, is the auto industry titan who’s done more and speaks with greater impact than anyone. He’s the most impressive car guy I’ve met. And he’s irreplaceable. So let’s glean from him what we can, while we still can. The same goes for Osamu Suzuki, who’s just sold a chunk of his Suzuki Motor Corporation to the world’s wealthiest car firm.

Toyota’s reason for buying? It knows it just can’t design and build city cars and small SUVs, as well as Suzuki, does. Osamu’s reason for selling? It’s the eve of his 90th birthday, and he fancies a well-earned bonus after 47 years of hard graft as a Suzuki director or chairman. Good on you, mate. Buy one of those ‘Old Guys Rule’ T-shirts. You deserve it.