The LA Motor Show helped prove that Los Angeles is the epicentre of the automotive world, says Mike Rutherford 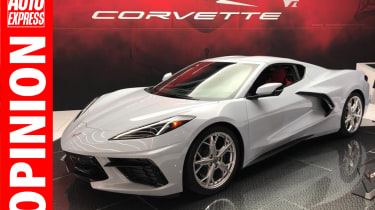 I’ve spent much of my life working out of the world’s car capitals: Beijing, Detroit, Paris, Seoul, Tokyo, Turin, Wolfsburg, and not forgetting once-notable motor industry hamlets such as Dagenham (now a 100 per cent vehicle production-free zone), Longbridge (very quiet) and Swindon (almost gone). But at this time of the year at least, the epicentre of the automotive world is Los Angeles.

For starters, late November marks the arrival of the World Car Awards (officially, the largest consumer automotive competition on the planet) LA Test Drives programme, in which dozens of WCA judges/jurors/executioners from all corners of the globe drive and score the best and best-value products for 2020/2021. Editor-in-Chief Fowler and I are among their number, and over four late-November days, we were each privileged enough to drive the collection of vehicles gunning for World Car glory.

It wasn’t such a surprise that the all-electric Porsche Taycan was so bloody brilliant, if expensive. But equally impressive in its own modest, affordable way was the Kia Telluride, a mid-sized SUV that tells us all we need to know about how this South Korean firm has gone from no-hoper to borderline premium player in a couple of decades.

Telluride’s official starting price in the US is just $31,690 (£24,499) but US retailing laws allow dealers to charge more due to phenomenal demand. In view of the fact that it’s probably the hottest-selling Kia ever, some new car sales execs are (legally) upping the price by around £5,000. And the punters seem happy to pay.

Although there are currently no plans to sell the Land Rover/Volvo-lookalike Telluride in the UK, British buyers need and deserve it. Kia America boss Michael Cole also told me he’d love to see the Georgia-built Telluride sold in Blighty. Watch this space.

The LA Auto Show piggybacks the World Car Awards Test Drives programme, and it was at this fine exhibition at the LA Convention Centre where I witnessed further confirmation that large national and international motor shows definitely aren’t dead.

True, Ford’s so-called Mach-E version of the Mustang was an LA Show embarrassment for the confused company because there is nothing Mustang (apart from the cynical use of that great name) about it. What next? A ‘Mustang’ Fiesta? Thankfully, though, America redeemed itself with GM’s Corvette, which looks the part.

Still, the bonkers Bollinger Motors exhibit was my star of the show. Karma was a pleasant surprise, too, with its beautifully executed cars, never mind its lunatic mission statement that “Karma is more than our name – it is a purpose, a series of words transformed into deeds”. Whatever all that means.

Talking of lunacy, on its stand Subaru exhibited live German Shepherds which it helped put up for adoption. So, to be perfectly clear and accurate, I’m talking about what I saw with my own eyes: live dogs on display at a live motor show.  Only in LA, one of my favourite, most reliable, insane car capitals of the world.