“I love SsangYong’s determination to deliver good value for money”

Mike Rutherford thinks SsangYong is, in many respects, enjoying great success thanks to the likes of Hyundai and Kia moving upmarket 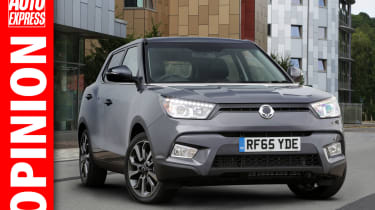 While consumers worldwide wait for Samsung to relaunch itself as a proper, standalone vehicle manufacturer (it’s only a matter of time), I’m forced to look for an interim favourite Korean car firm. Hyundai, Kia or GM Daewoo it isn’t.

So, for the time being, reborn SsangYong takes over as my preferred Korean car maker. Its appeal is the irreverent attitude, brutal honesty, sense of humour, healthy cynicism and excellent warranties.

For the money, tank-like SsangYong cars and trucks aren’t bad, either. And I love its obsession for and determination to deliver good, old-fashioned value for money.

This underdog doesn’t do cheap. Instead it does reasonable and credible list prices, best-in- class affordability, great price-to-spec ratios, and with its new Tivoli, impressive predicted resale values of 47 per cent after three years.

SsangYong (meaning Double Dragon) is a comparatively new name to mainstream consumers in Britain. But it’s made vehicles for more than 60 years and provocatively refers to Hyundai and Kia as mere “upstarts”.

SsangYong UK CEO Paul Williams adds that he doesn’t intend to do battle in the same, increasingly expensive league as the other Koreans. 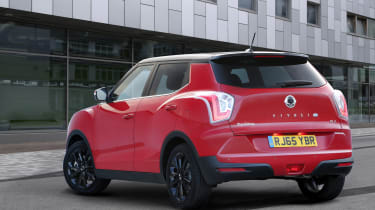 “While Hyundai does its Genesis saloon for £48,000 and Kia charges up to 41 grand for the Sorento, we’re selling our brand new Tivoli from £12,950,” he says. It’s a chunky SUV-cum-crossover that’s larger than, but priced about the same as, a typical supermini. Unlike some cars, it’ll appeal to both sexes.

True, in the wrong colours, the Tivoli can look daft. But go for the gunmetal (‘Techno Grey’) paintjob with a matt black roof and it looks a bit like a poor man’s Range Rover. Put another way, you can own two entry-level Tivolis for the same price as a bog-standard Evoque – and still have £4,000-plus left over.

• Opinion: "Britain's putting on a fantastic show on the world stage"

The Tivoli is the first SsangYong to earn a World Car of the Year nomination. Williams insists its five-year “comprehensive and limitless” warranty is superior to the 60-month deal from Hyundai, and the limited-mileage seven-year guarantee from Kia.

Ironically, SsangYong the underdog is, in many respects, now enjoying unprecedented UK success thanks to Hyundai and Kia. “We’ve occupied the value-for-money space they used to occupy and have now vacated,” argues Paul Williams. And he’s not wrong

Do you think SsangYong deserves success like Hyundai and Kia? Let us know in the comments...