Attack of the clones: How to avoid number plate duplication

Number plate duplication is on the rise, landing registered owners with unjust bills. We investigate what can be done to stop the criminals 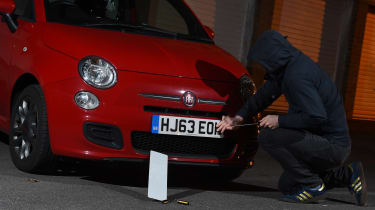 Having a parking fine or speeding ticket drop through your letter box is never a pleasant experience, but imagine finding you've been penalised for not paying and displaying in a car park you've never been to or have been caught speeding on roads you've never driven on. In a panic, you'd think your car has been stolen, yet a quick check of the driveway suggests everything is fine. So what's gone wrong? While a glitch in the system could be to blame, it's more likely you've been a victim of number plate duplication or car cloning.

And it's a problem that's on the rise, according to industry experts, with the criminal underworld relying on fake registrations to avoid being pulled over by automatic number plate recognition (ANPR) patrols while driving stolen cars.

As police forces rely more than ever on ANPR to track cars, cloning is becoming an increasingly appealing method of staying undetected. If the model has been stolen, fitting a set of plates which belong to a 'clean' vehicle means police will have a hard job identifying which is which, especially if criminals have been wise enough to match the plates not only to the make and model, but also the colour. 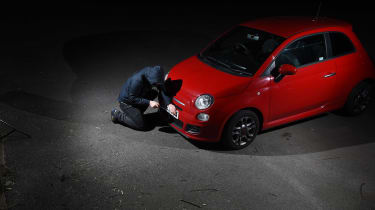 For the owner, it means they'll be hit with the fine if criminals who've cloned their plates are caught breaking the law by speed cameras or parking attendants. As the registered keeper, it's your details that will flag up with the Driver and Vehicle Licensing Agency (DVLA) and bring that unwelcome package to your doormat.

Barry Shorto, head of industry relations at CAP HPI, explained: "In the industry, the general view is that cloning is on the increase - probably driven by the increase in ANPR cameras and the reliance on enforcement by traffic officers. The connection between reading the number plate and the legitimacy of the car is becoming more dependent on ANPR."

• The latest number plates banned by the DVLA

"If you can simply change a number plate and it doesn't arouse suspicion, those driving stolen vehicles will feel a lot safer. A serious motive for cloning cars is to make the operation of organised crime easier to carry out."

There's more concern for law-abiding citizens, too, as crooks can use cloning to try to offload stolen vehicles to unwitting buyers. It comes in several forms, from the number plate forgery to the more complex job of changing a vehicle identification number (VIN) and editing a V5C.

Shorto added: "People who are doing it with any degree of seriousness will dummy a V5C certificate to match the changes. They'll recreate a fake document to try and tie it to the details of the clone vehicle." 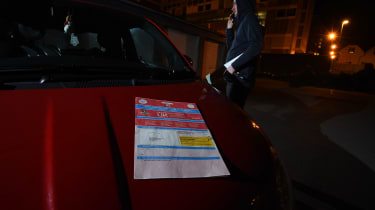 As well as fake documents and new plates, some criminals even change the VIN plates so even a careful buyer could be duped. Shorto explained that cloners will often use the number plate from a written-off vehicle - this is where a history ceck can help you avoid buying a clone.

He said: "If you are trying to buy a vehicle that's been written off, then we will have records of that on our database. If it's a live vehicle, there is a range of things that you ought to do to make sure it's legitimate."

So, while careful checks can be made to avoid buying a clone, what can you do if you're picking up that envelope off the doormat with the threat of heavy fines and you suspect you've been the victim? The DVLA advises you to immediately contact the police, who can deal with the criminal aspect of the case and track the cloners. After that, you should contact the DVLA so any fines can be rectified.

• V5C log book rules for buying or selling a car

A DVLA spokesman told us: "We work closely with the police and motor trade to help combat the problem of vehicle cloning and we understand how distressing it can be to be a victim of it. We urge anyone who believes their car has been cloned to contact the police immediately."

"They should also write to us so we can update the vehicle record for future reference and return any fines or correspondence to the issuing authorities."

The DVLA will consider issuing a new registration number if a car has been cloned, especially if there are recurring issues - such as applications to register and tax a vehicle from someone other than the keeper. There'd be no charge, yet the registered owner would have to visit one of the agency's suppliers to have new plates made up.

Since 2003, the DVLA has maintained this register of number plate suppliers, and they are required by law to check evidence of entitlement and identity before selling a number plate. Suppliers must keep records and DVLA enforcement officers can take action if this isn't done. 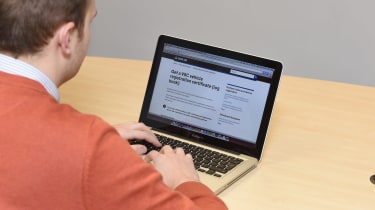 However, Shorto told us that the current system for replacement number plate suppliers isn't working well enough and is part of the reason it's all too easy to clone a car. He explained: "What we need is a robust system of replacement number plate suppliers. In theory, you should have to prove you are the keeper of the vehicle before it's possible to get a plate. At the moment it's not enough."

Another potential solution is better security, Shorto continued: "It's easy physically to remove and replace a plate in the UK. We need to try and design tamper-proof plates, so when you try to remove them, they break."

"Unless there are actions taken to reduce the temptation or to improve the security of number plates themselves, I think there is every possibility it could rise."

How to avoid buying a clone

While it can be hard to stop your car being cloned, CAP HPI says there's plenty you can do to avoid being duped into buying a stolen car with a fake plate. Here's our checklist when buying:

Have you been a victim of car cloning? Let us know your experiences in the comments below...