Diesel ban? The future of diesel cars in the UK and beyond

We look back at diesel’s problems and forward at the future for diesel cars. Will they be banned or is there life in the black pump yet? 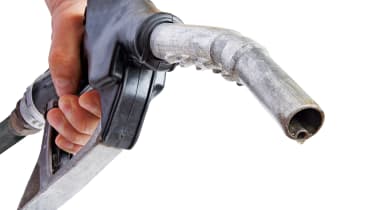 New diesel cars now face higher first-year taxes. This is the latest in a number blows from the authorities against the fuel in recent years, which have left many believing diesel is now running on fumes.

With cities across Europe considering bans on older models, the UK Government proposing charging zones for ageing diesel cars and councils introducing various diesel surcharges, new diesel sales have slumped in the UK. February’s new car registrations show new diesel accounts for just 35 per cent of the market – six years ago, this figure was above the 50 per cent mark.

The Society of Motor Manufacturers and Traders (SMMT) is scrambling to defend diesel, and with good reason –it’s still the fuel of choice for 12 million Brits.

Diesel has had a tumultuous few years, with many tracing its decline to the VW scandal that made global headlines and involved millions of drivers.

But the story of diesel’s rise and decline goes back a lot further than just the emissions upset. The Government has had as much of a role in promoting the fuel as it currently has in discriminating it.

Why was diesel promoted by the UK Government

In 1997, the UK became one of 192 countries that signed the Kyoto Protocol to reduce greenhouse gas emissions to an average of 12.5 per cent against 1990 levels by 2012. Carbon dioxide (CO2) was, and remains, one of the chief greenhouse gases, with transportation contributing to its emissions.

To meet the Kyoto agreement, a reduction in CO2 was in order. In 2001, British Prime Minister Tony Blair and Chancellor of the Exchequer Gordon Brown – who later became PM – introduced new vehicle tax rates that favoured diesels, thanks to their lower CO2 emissions compared with those of petrol vehicles. 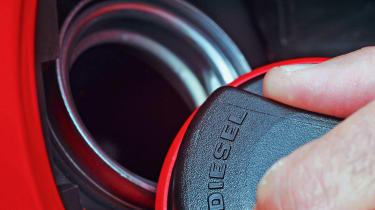 With more brands starting to offer fuel-efficient diesels, the recipe was perfect, and sales of diesel cars grew rapidly. In the late 1990s they accounted for one in every 20 vehicles. Today there are around 12 million diesels on Britain’s roads, representing more than a third of all cars and four times as many as in 2000.

However, even at the time, there were warnings about the fuel. Tony Blair’s former chief scientist, Sir David King, whose advice helped to introduce the 2001 tax changes, admitted in April last year that scientists were aware that diesel was ‘dirty’ due to the higher levels of nitrogen oxides and particulate matter that were emitted.

According to Sir David, the Government’s own medical advisers were aware of the health consequences associated with NOx, but they had been told by car makers that new catalytic converters would fix the problem.

However, the laboratory tests that manufacturers had to pass were too lax, so although car brands could meet various NOx targets under the New European Driving Cycle (NEDC) laboratory conditions, out on the roads the situation was rather different.

By 2013, some studies showed how diesel cars polluted way above levels achieved in a laboratory when under real-world driving conditions. According to one report by the International Council on Clean Transportation (ICCT), some diesel cars were polluting on up to 25 times the legal limit on the road. Another study by the Royal College of Physicians in the UK linked poor air quality to 40,000 premature deaths a year, and a £20billion annual cost to the economy.

But the most decisive report came in 2015, when the Environmental Protection Agency in the US found Volkswagen deliberately cheated in emissions tests, with its diesel models polluting up to 40 times above legal limits. The rest of VW’s emissions scandal is well known, with the VW Group facing billions in US lawsuits, and having to recall more than 11 million cars worldwide, including in excess of 1.2 million in the UK.

The Dieselgate scandal acted as a catalyst for policy change. Since 2015, the UK Government and its counterparts in Europe and elsewhere have made a U-turn on the fuel. Cities across Europe are plotting diesel bans, with courts in Germany allowing Stuttgart and Dusseldorf to ban diesels from the city centres. Copenhagen, Paris and Rome are just some of the others planning similar measures. 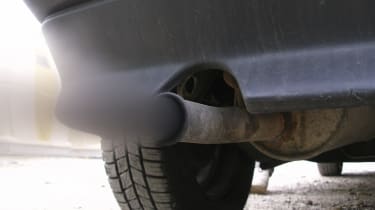 In the UK, a diesel ban is less likely. Instead, many cities are expected to introduce charging zones that will limit or charge older diesels (and petrols) from entering during certain periods.

Such measures have already been taken in London, where the recent toxicity ‘T-Charge’ and the Congestion Charge add up to £21.50 for anyone visiting in an older diesel. Councils in London are also introducing diesel surcharges on parking permits and higher hourly parking rates for diesel drivers. New diesel taxes arrive in April, affecting both private and company car owners, and in the long-run the Government will outlaw all diesel and petrol models by 2040.

However, diesel isn’t entirely dirty. The SMMT has said that the newest Euro 6 diesels are the cleanest diesel engines ever produced, and independent tests have confirmed this.

Pollution tests by Emissions Analytics have shown some of the latest diesel models from BMW, Mercedes and VW, for example, pollute way below the current legal limits under real-world conditions. Emissions Analytics’ test showed the cleanest 10 per cent of new diesel cars emit on average 70mg of nitrogen oxide (NOx) per kilometre, below the 168mg NOx km limit that’s currently in place for new-vehicle real-world tests.

In September last year, a new set of type approval tests were also introduced. As part of the tougher laboratory tests, all new cars will also have to be tested on the road for their NOx emissions.

Diesel’s reputation has experienced a fall from grace, but it still makes sense for 12 million Brits, and as you’ll read from the next pages, many key players in the industry haven’t given up on it, either.

What's the future for diesel in the UK?

Last year, the Government announced that the sale of exclusively petrol and diesel cars will be banned by 2040, with local authorities planning further measures in the nearer future. Many local authorities are looking at introducing clean air zones, areas similar to the London Congestion Charge and T-Charge zones. 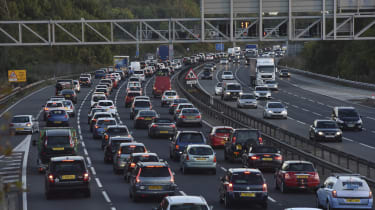 This means further restrictions like the London T-Charge could be on the cards in other areas of the UK. Anna Heslop, a lawyer for environmental consultancy ClientEarth said most councils will likely consider introducing some form of clean air-zones where drivers of older, polluting vehicles will be charged to enter.

This is on the back of the latest air quality plan released by the Department for Environment, Food & Rural Affairs (DEFRA) that encourages local authorities to increase the number of 'clean air zones', particularly in most polluted areas. The plans include a wide range of measures, such as: changing the road layout to decrease congestion, encourage uptake of low-emissions cars, and encourage the use of public transport.

However, DEFRA also says: "If these measures are not sufficient, local plans could include access restrictions on vehicles, such as charging zones measures to prevent certain vehicles using particular roads at particular times."

The prevailing consensus that diesel emissions are bad for health has led to many cities looking to ban them from their centres.

The mayor of London, Sadiq Khan, recently introduced a new £10 ‘toxicity’ charge, dubbed the ‘T-Charge’. The fee will apply to drivers of petrol and diesel cars with pre-Euro 4 engines, broadly those registered before 2005, and will work alongside the existing £11.50 congestion charge during the same 7am to 6pm, Monday to Friday, window.  The charge will run from 23 October 2017 onwards and is expected to affect up to 10,000 vehicles.

Khan’s plans to reduce pollution levels in the city also include expanding and expediting the Ultra Low Emissions Zone, as well as a faster roll-out of low-emissions double-decker buses.

The London mayor is proposing to introduce the Ultra-Low Emissions Zone a year earlier than planned in 2019, and extend it beyond central London from 2020 onwards to the North and South Circular. Cars, vans, lorries and buses which fail to meet the emissions criteria would be charged from £12.50 upwards.

What are other countries doing?

Cities across Europe are moving to ban diesel cars from their centres, with Rome having become the latest capital to propose a ban on all diesel cars by 2024 from its historic centre. 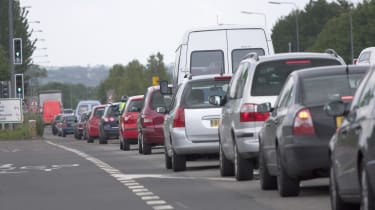 Announcing the decision, Mayor of Rome, Virginia Raggi said “If we want to intervene seriously, we have to have the courage to adopt strong measures.” The Italian capital is one of Europe’s most congested cities and is home to a number of ancient monuments that, along with the 2.8-million population, are at risk from pollution.

The move comes after German administrative courts arrived at a landmark ruling allowing two cities, Dusseldorf and Stuttgart, to ban heavily polluting cars from their centres.

The German ruling is likely to have a wider impact in the country, as over 70 cities in Germany have recorded pollution levels above the European Union thresholds of 40 microgrammes of NOx per cubic metre.

The mayors of Paris, Mexico City, Madrid and Athens have previously said they’re looking at the possibility of banning diesel cars from their centres by 2025. The Mayor of Copenhagen, the capital of Denmark, has also said he wants to ban diesel cars from its city centre as early as next year.

UK signs the agreement to reduce greenhouse gas emissions to 12.5 per cent of 1990 levels by 2012. A reduction in carbon dioxide emissions is needed.

Just 10 years after the new taxes, the sale of new car diesels grew from 17 per cent in 2001 to a high of 51 per cent in 2012, according to the Society of Motor Manufacturers and Traders.

Arguably the biggest scandal to hit the sector in years. More than 11 million cars recalled, with diesel’s reputation tarnished badly.

Cities in Germany win the right to ban diesels, while cities and councils in the UK plot diesel charging zones on top of other measures.

Click through to page two to read what the industry execs think of diesel...