Cars are better than ever but there’s room for improvement, says editor-in-chief Steve Fowler 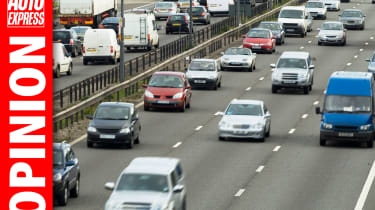 If there’s one thing to take from this year’s Driver Power, it’s that you’re happier than ever with your cars – we’ve seen an increase in the satisfaction levels, with the models placed in fourth, third and second scoring so highly they would’ve topped our survey in previous years.

Which makes Lexus’ achievement with the new IS all the more impressive, knocking the three-time champion, the Skoda Yeti, off the top spot.

It’s no flash in the pan for Lexus. All its models score highly, including the new NX SUV in sixth place – this car has only been on sale a matter of months, yet owners are already thrilled to bits.

Customer satisfaction is something that Lexus has always valued highly, so much so that when we went to hand a hatful of Driver Power trophies to the Lexus UK team, Lexus’ director in the UK, Richard Balshaw, told us that they’re only happy when their customers rate them five out of five. Nothing less will do – a big challenge for any business.

But although we’re happier with our cars, our survey reveals there’s still room for improvement, as those at the bottom of our tables will realise. And the car makers will listen – it’s difficult not to when over 61,000 of you have taken the opportunity to tell us, with total honesty, what you think of your cars.

We’re grateful to each and every one of you who took the time to complete this year’s survey. You’ve helped us understand your needs and wants when you’re buying and running your car. You’ve helped other car buyers decide which model they should spend their cash on. And you’ve helped car makers know what’s needed to make better cars.

Do keep telling us about your cars, too – our Driver Power 2016 survey is already open.

See the full results of the 2015 Driver Power survey with this year's best cars to own page or read our summary here.

Driver Power is the UK’s number one car customer satisfaction survey and in 2019 it was bigger and better than ever.
Visit/news/351989/its-car-care-week-so-head-outside-and-show-your-motor-little-love