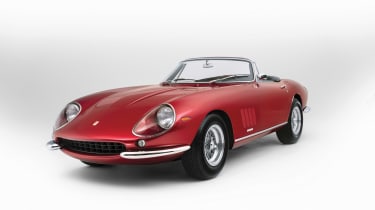 Another month, another multi-millionaire's Ferrari goes up for sale – and this one could be the prettiest of the lot! This beautiful 1968 Ferrari 275 GTS/4 NART Spider will be offered for sale in Monaco on May 14, with an estimated price in excess of 19m Euros (around £15m).

Only ten of these iconic Ferraris were built, making it an incredibly rare car – even more so in this condition. The car was born out of a collaboration between Enzo Ferrari and American Ferrari importer Luigi Chinetti, who wanted to boost the 275’s sales with a limited-run convertible model. The NART in the name stands for North American Racing Team, and the first NART Spider finished second in its class at the 1967 12 Hours of Sebring race – no mean feat! 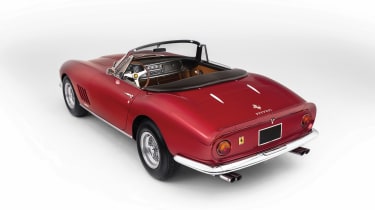 This particular car was the last 275 Spider off the line, and the third-to-last 275 ever sold. It was bought new in Spain, to a Foreign Legion Colonel, where it spent the first 14 years of its life. It moved into a Swiss collection in the 1980s, and from there it came to the UK, where it was repainted from the factory Grigio Scuro medium grey to a tasteful dark red. It's also the only one of the ten 275 NART Spiders which was sold in Europe. 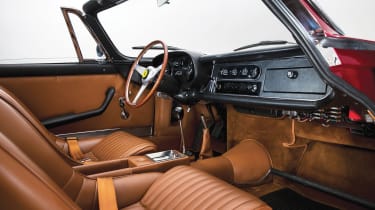 Despite the multiple owners and repaint, this 275 Spider is still a fully matching-numbers car, boosting its value even further – and it retains the 300bhp V12 engine.

A similar model of 275 Spider was sold by RM Auctions in 2013, where it blasted past the $17m estimated price to reach an eventual sale price of $27.5m. This car is estimated to go even higher, so it will be interesting to see what price it eventually achieves.  The 275 GTS/4 NART Spider will be just one of 21 Ferraris sold at this Monaco auction, all with huge price estimates.

Click here to see the most expensive cars ever sold at auction...