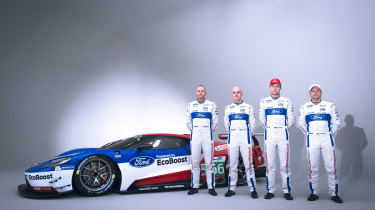 Ford has announced Britons Andy Priaulx and Marino Franchitti, as well as Frenchman Olivier Pla and German Stefan Muecke as its four drivers for the full 2016 World Endurance Championship season, including the Le Mans 24 Hours. The quartet will be driving the new Ford GT racing car and joined by two more yet-to-be-announced drivers for Le Mans in June.

This year marks the 50th anniversary of Ford's landmark Le Mans victory against Ferrari with the original GT40, so the brand is going all-out to repeat the feat – and will once again face its old Italian rival, which will be racing the new Ferrari 488 GTE car.

“Make no mistake, we are racing to win,” said Dave Pericak, Ford Performance global director, at the announcement on Tuesday morning. “To compete at this level you need the best car, the best team and the best drivers, and we have selected Stefan, Olivier, Andy and Marino to drive the Ford GT to take on the best in the world.” 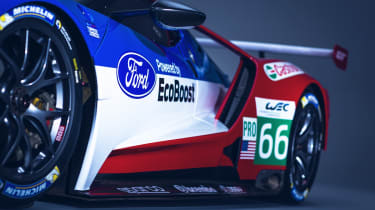 Briton Franchitti is an endurance specialist and has raced at Le Mans no less than five times. Muecke has multiple WEC victories under his belt for Aston Martin and knows what it takes to make it onto the podium at Le Mans.

Pla raced for the ill-fated Nissan team at Le Mans last year, while Priaulx is a three-time FIA World Touring Car Champion for BMW who has also won one of the world’s toughest endurance races - the Nurburgring 24 Hours - and stood on the podium at Le Mans. 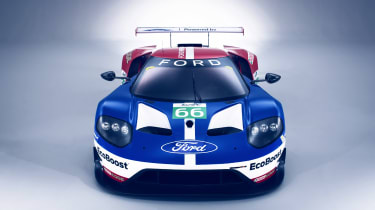 “It doesn’t get any more competitive than the Le Mans 24 Hours, but that's what makes winning it so special,” he said. “Everything has to be perfect and even then you still need luck on your side to cross the line first. The Ford GT has been built to return to Le Mans and these four drivers all know what it takes to compete against the toughest competition in the world.”

How do you think the new Ford GT will do at Le Mans 2016? Let us know in the comments section below...