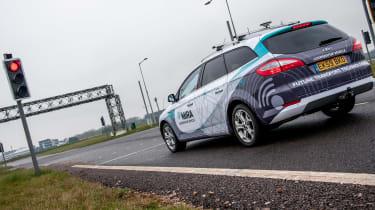 The $1 billion investment will be seeded over a five-year period, with the marque planning to launch a vehicle capable of driving itself completely by 2021.

• Self-driving cars: Everything you need to know

Founded by former Google and Uber engineers, who were working on self-driving projects at those companies, Argo AI will be tasked with developing the software platform for Ford’s production self-driving system. Ford engineers are to be placed within the start-up firm.

The technology which will be created by the collaboration may not be limited to just Ford vehicles either – the manufacturer says it could be licenced to others in the future as well.

It’s the latest move in Ford’s push to become more than just a car company – CEO Mark Fields has regularly touted that Ford is now a “mobility” company too, and has ambitions to do more than just sell cars.

Last year, the company revealed that its high volume self-driving car touted for launch in 2021 could be used to operate an automated taxi service, with no drivers and no human controls.

Will Ford crack the self-driving car formula by 2021? Let us know your thoughts in the comments.