Has Ford's new five-seater C-MAX got what it takes to win the people carrier space race? We pitch it against Citroen's C4 Picasso 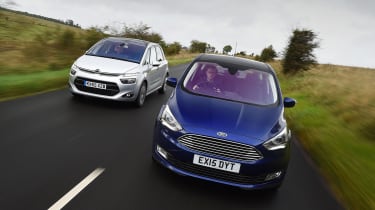 People carriers have fallen out of favour over the last few years, as the rise of the crossover continues unabated.

For many car buyers, the boxy bodystyles can’t compete with SUVs, which offer more svelte style and a similar amount of space at the same price. However, the class isn’t dead yet, and Ford is aiming to prove this with its facelifted five-seat C-MAX.

The new car benefits from the same upgrades as the revised Focus, which means that along with a few subtle styling updates and some mechanical enhancements, the C-MAX gets Ford’s much-improved SYNC2 infotainment system. However, it’ll have its work cut out here, as it’s going up against a tough rival.

The Citroen C4 Picasso is our favourite five-seat MPV and has received plenty of commendations in its class over recent years at the Auto Express New Car Awards.

Up until now, the Picasso has topped the people carrier sector thanks to an unmatched blend of design, efficiency, space and affordability. But can it still reign supreme against the new C-MAX when it comes to family focused flexibility? 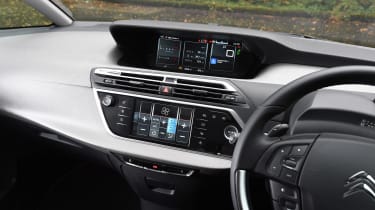 Ford has addressed one of the major flaws of the old C-MAX with its new multimedia system. But the Citroen’s twin-screen set-up (below) still works well – split between a widescreen display up top and a touchscreen below. It might not be quite as quick or user-friendly as the Ford’s unit, but it’s visible from every seat, which is a nice touch.

Parked side-by-side, it’s the older Citroen that looks like the fresher-faced car, even with the Ford’s design alterations. This proves that buying an MPV doesn’t mean you’re limited to bland boxes. The C4’s design is unusual and attracts attention, but it works ergonomically. 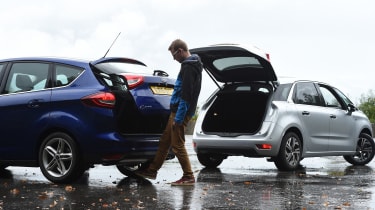 Our C-MAX was fitted with a hands-free power tailgate. Wave your foot under the bumper, and it opens automatically – it’s just a shame the space revealed isn’t as practical. The same feature isn’t available on the C4 Picasso, although the tailgate is powered. 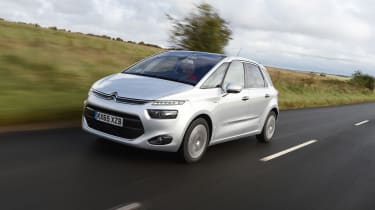 An MPV is about practicality and versatility, and it’s here where the C4 Picasso excels. It has a bigger boot than the Ford in five-seat form, more room inside and a host of clever touches that make family life easy. Plus, it’s a more wallet-friendly proposition than the C-MAX. And although it’s slower, this 1.6 diesel auto car still offers enough performance to work in the real world. 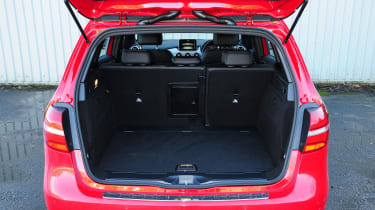 It might still be the class leader for driver appeal, but the C-MAX simply can’t match the Citroen’s level of flexibility, efficiency and style. There’s no doubt this is an improvement on the old model, with spruced-up styling and extra tech adding more appeal, but unfortunately for Ford, the funkier Picasso has more substance to match its style, which is where it counts. 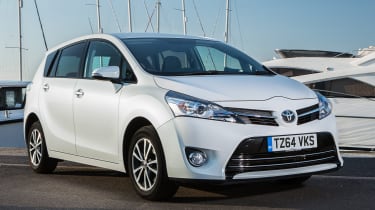 The cheaper Toyota boasts two extra seats over our test cars. You can leave these folded if boot space is a priority, but it’s still useful to have them. Excel trim gets kit to match its rivals, but there’s no auto option on the D-4D. 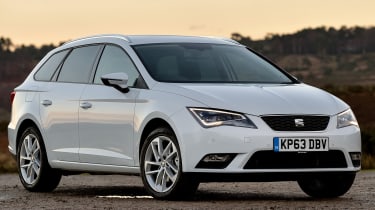 You could make a saving and go for a top-spec SEAT Leon estate instead. The 148bhp TDI is punchy and efficient, plus the DSG auto is one of the best around. A roomy cabin and a 587-litre boot mean it’s practical, too.