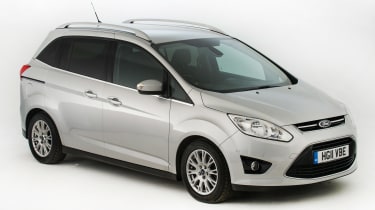 MPVs are falling out of favour with buyers as well as makers, but it’s hard to see why when you look at models such as the C-MAX and Grand C-MAX. Both are smart and good to drive, offer more practicality than the typical family car and also come with efficient engines so you don’t have to spend a fortune running them. While you’ll pay a premium for the Grand C-MAX, it’s worth the extra for the added carrying capacity – and when you come to sell you’ll get a decent chunk of that premium back. Tempted? We’d recommend any of the turbocharged engines which offer plenty of shove with reasonable economy.

When the original Focus C-MAX was launched in 2003, critics thought Ford had missed a trick. Not only was there no seven-seat option, the C-MAX wasn’t much more versatile than the Focus it was based on.

The brand didn’t make the same mistake with the Mk2 car, simply badged C-MAX and introduced in 2010; this time, there was a more practical Grand with seven seats and sliding rear doors, alongside the regular five-seater. Yet the C-MAX is very much a typical Ford, so these compact MPVs are also great to drive and well equipped, and now they’re readily available used, they’re top value, too.

The Ford C-MAX first appeared in 2003 and, despite a 2007 facelift and name change from Focus C-MAX, was on sale for seven years before being replaced by the Mk2 in 2010. It’s the newer model that we’re focusing on here. 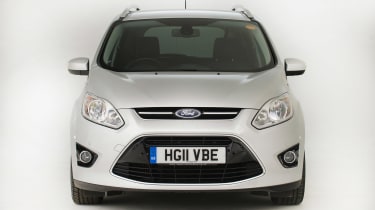 The second-generation C-MAX and Grand C-MAX went on sale in October 2010. At first there were just Zetec and Titanium trims, plus 1.6-litre petrol and 1.6 or 2.0-litre diesel engines. But from October 2012, both the five and seven-seat models were offered with Ford’s excellent 1.0 EcoBoost turbo petrol engine, featuring 99bhp or 124bhp power outputs. At the same time, a Titanium X trim level was introduced, along with Ford’s SYNC connectivity system, plus a raft of optional driving aids like traffic sign recognition and auto emergency braking.

A facelifted C-MAX and Grand C-MAX in April 2015 brought a fresh chassis, improved cabin and reprofiled nose, plus a 1.5 TDCi engine in place of the previous 1.6 TDCi.

None of the C-MAX’s engines is weak, but it’s the diesels that best mix muscle and economy. The trouble is, all diesels have a particulate filter, so if you don’t cover many high-speed miles, stick with a petrol engine or you’re pretty much guaranteed to have reliability issues with clogged filters. 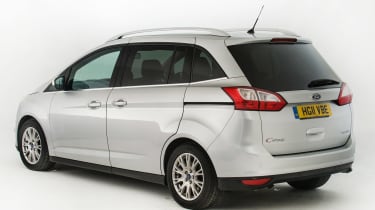 Alternatives to the Ford C-MAX Mk2

Directly comparable with the two Fords are the Renault Scenic and Grand Scenic, plus the Citroen C4 Picasso and Grand C4 Picasso. Both provide five or seven seats respectively, while pricing is similar. Neither is as much fun to drive, but they’re practical and feature some excellent engines.

If you’re after a seven-seater, the Vauxhall Zafira Tourer is tops for value and versatility. A less obvious choice is Kia’s Carens, which is very reliable, comes with a seven-year warranty and is also temptingly priced. If your budget is flexible, a Volkswagen Golf Plus or Touran is worth a look, but you’ll have to pay more than for an equivalent Ford. 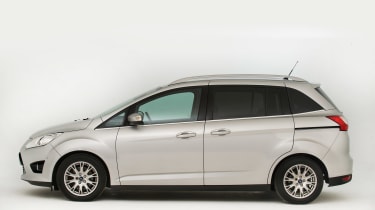 The stop/start system can seem to work erratically, although it’s usually as one of the many parameters  needed for its operation hasn’t been met.

Water can get into the electronics via the door mirrors, causing a short circuit, so the rear door locks play up or the front speakers fail. 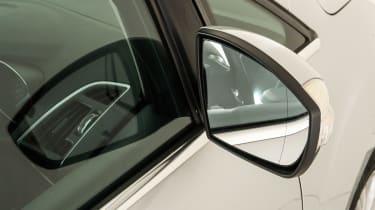 Many owners aren’t impressed by the standard headlamps so have upgraded to Osram Nightbreaker bulbs. Fitting them is awkward, though.

Check the carpets and front footwells for signs of puddles. The air-con vent hose can become blocked, leading to water leaks in the footwells. 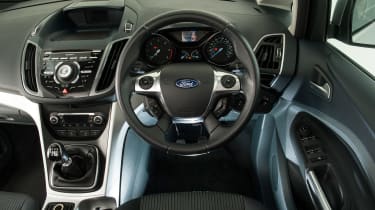 The dash is easy to understand and quality is good; post-April 2015 cars have better materials and an improved layout. Buyers could order the C-MAX with rear seats that adjusted to accommodate two or three people; the Grand C-MAX is very much a 5+2-seater, with the third row for children only. 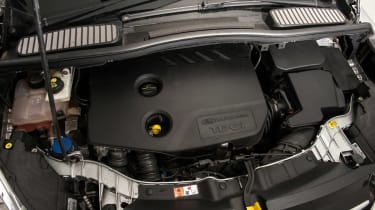 The Mk2 C-MAX hasn’t been recalled, but the Grand C-MAX was called back in February 2011. The campaign affected 3,458 cars, built up to January that year. One of the second row seatback reclining mechanisms could be damaged, which could lead to the seat folding on its own. The solution was for dealers to fit an additional bracket.