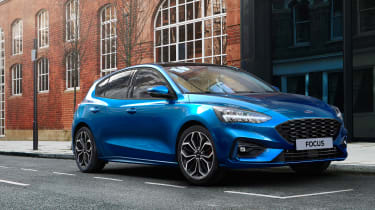 Ford has boosted the Focus hatchback line-up with the addition of a new mild hybrid model, now available to order. The new Focus Hybrid is not the only news. Ford has sprinkled a bit of fresh cabin technology on its big seller, while a new Zetec Edition trim variant has also been added to the line-up.

The new mild-hybrid engine is borrowed from 48-volt versions of the Fiesta, Puma and Kuga, and takes the form of a turbocharged 1.0-litre three-cylinder Ecoboost petrol engine linked to a belt driven starter-generator motor. In the Focus, Ford offers it in two power outputs - 123bhp and 153bhp - replacing the 148bhp 1.5-litre petrol option that existed beforehand.

The 48-volt battery is located under the front passenger seat, so as not to reduce cabin or boot space. Energy is recovered during braking and deceleration, and can be redeployed through the belt starter generation to assist the engine during acceleration. The system can provide up to 24Nm of additional torque when needed and reduce the load on the combustion motor. It also enables seamless engine shut-off and start up, and buyers can choose when the new start-stop system kicks in to allow emissions free coasting; at 9mph, 12mph or 16mph.

Both the 123bhp and 153bhp versions of the mild hybrid engine are capable of 116g/km CO2 emissions and returning 51.4mpg according to WLTP standards. Though the 1.5-litre petrol option has been removed from the Focus range, 123bhp 1.0-litre EcoBoost three-cylinder petrol engines without the 48-volt assistance remain on sale, as do two diesel options - a 1.5-litre engine with 118bhp and a 2.0-litre unit with 148bhp. 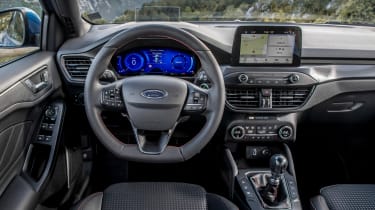 Prices for the new mild hybrid options start from £23,610 for the EcoBoost Hybrid 125 in the Titanium Edition version of the Focus, with the more powerful EcoBoost Hybrid 155 priced from £23,930. The engine is also offered in ST-Line Edition and Active Edition models.

Do you think that the mild hybrid engines are a useful addition to the Focus range? Let us know in the comments... 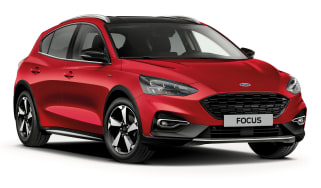 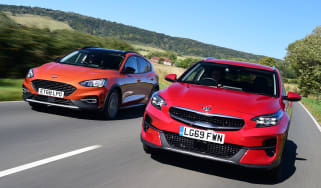