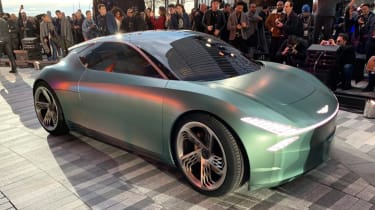 Hyundai’s luxury brand has unveiled a new electric small car at the New York Motor Show. The Genesis Mint Concept is a ‘luxury car for the city’, created as in collaboration with the firm’s European, US and Korean design studios.

Genesis claims the Mint is ‘highly manoeuvrable and exhilarating to drive’, though it’s just a concept for the time being. There’s no detail on the supermini’s powertrain, but it’s suggested that the car’s high-density battery will be capable of 200 miles on a single charge. It supports 350kW fast charging, too.

While the Hyundai-badged Genesis saloon was dropped for the UK market back in 2017, the brand lives on in foreign markets like the US. Styling-wise, the Mint looks quite unlike anything in the company’s current product range, with a low, squat stance, long wheelbase and wide track. 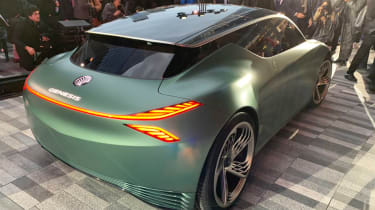 Being an electric car, there is no front grille. The headlights mimic the winged Genesis badge, reflected in the bumper’s lower creases and air inlets designed to help cool the batteries. There are plenty of intricate details along the lower edges and sills, while at the rear there is a pronounced deck and light bar stretching left to right.

The innovative four-door body features a pair of conventional doors at the front, with a set of rear-hinged scissor-style openings at the rear. Despite this, the Mint is a strict two-seater, with a completely flat floor and a bench that extends the entire width of the cabin.

“The Mint Concept finds purpose and meaning in the city, just as so many people call the world’s most densely-populated metropolises home.” 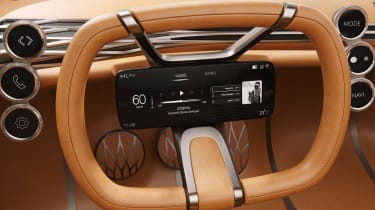 The exterior detailing is mirrored inside, with sharp lines and plenty of chrome trim. The dashboard is suitably minimalist, however, with no central screen; all the critical information is presented within a single monitor fitted within the steering wheel – though it’s flanked by six smaller displays offering access to things like mobile connectivity, navigation instructions and drive modes.

Other details include a full-length glass roof, and a luggage rack behind the front seats. Bizarrely, the supermini appears to have three pedals, despite the fact the Mint Concept is fully electric and powered by a single-speed transmission.

There is no word on whether the Genesis Mint Concept previews a future production model, but with the MINI Cooper S E due for release later this year it’d make sense for the Korean brand to be put serious consideration into a fully-electric luxury small car.

Click here for all the latest from the 2019 New York Motor Show... 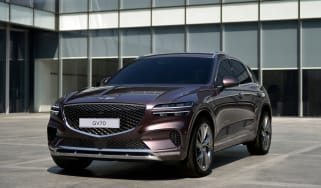 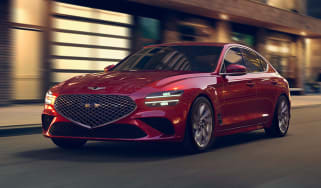 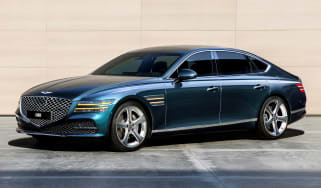