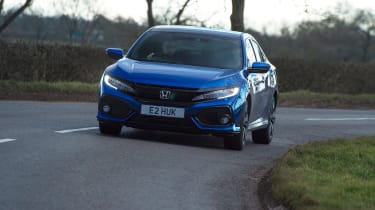 The Honda Civic can now be bought with an automatic gearbox in tandem with diesel power.

Introduced earlier this year, the 1.6-litre i-DTEC diesel Civic has until now only been available with a six-speed manual gearbox sending drive to the front wheels, but that’s changed thanks to the addition of a nine-speed automatic option.

The new transmission, with its wide spread of ratios, is capable of skipping gears to improve smoothness and fuel economy. It also means that the diesel Civic is the only Civic available with a proper automatic transmission – both petrol variants are only offered with a manual or a CVT gearbox.

The 1.6-litre i-DTEC unit produces 118bhp and 300Nm of torque, and Honda claims performance figures of 0-62mph in 11 seconds and a top speed of 124mph. That’s a slight performance deficit compared to the manual model.

Fuel economy dips too. The Civic diesel automatic is rated at 68.9mpg, while exhaust emissions stand at 109g/km for the five-door hatchback, and 108g/km for the new, slightly more aerodynamic four-door saloon that has just arrived in Britain.

Unlike the hatchback, the new body shape isn’t built in the UK at Honda’s Swindon plant, but rather is assembled in Turkey. Both variants are on sale now, available with the new diesel automatic powertrain.

Read our in-depth review of the Honda Civic... 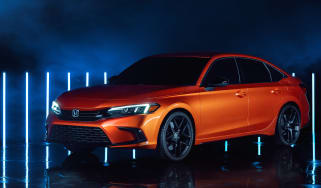