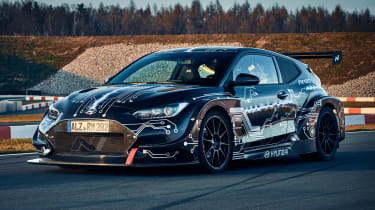 This is the Hyundai RM20e Racing Midship Sports Car, the latest version of the Korean manufacturer’s testbed for high-performance vehicles.

Unveiled at the Beijing Auto Show, the RM20e carries on the evolution started by the RM14 introduced in 2014. It shows how engineers at Hyundai’s N performance division are developing electric powertrains and chassis technology that will allow them to be enjoyed on track and road.

The RM20’s body is clearly derived from its most recent predecessor, the rear-wheel drive, 2.0-litre turbocharged RM19. But the e in the new model’s name signifies electric power - and plenty of it. The RM20e has a 60kWh battery and a single mid-mounted electric motor producing 799bhp and 960Nm of torque - enough for a 0-62mph time of less than three seconds and a 0-124mph dash in 9.88 seconds. 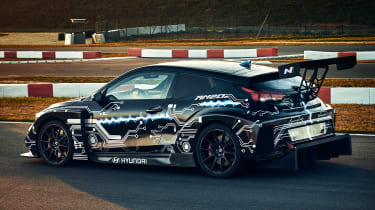 Albert Biermann, the former BMW M division chief who is now Head of Research and Development at Hyundai, describes the new concept as “a revolutionary new chapter of electrified performance”. “RM20e pushes the proven RM platform forcefully into a new, environmentally focused decade of the 21st century,” Biermann said. “Our N engineers continue to garner valuable insights in the arena of zero-emissions performance dynamics.”

Hyundai has referenced Croatian firm Rimac as a key partner has it pushes its EV development. The giant OEM invested heavily in the EV start-up last year, and it says the RM electrified platform “will continue to evolve along with the growth of this Rimac partnership”.

That’s a further reference to a potential bespoke N halo car, a project that Hyundai officials have been unusually open in considering. The company has plans to introduce 44 eco-friendly models over the next five years, and based on Schemera’s comments, it now seems all but certain that any standalone N car will be electric.

Click here for our review of the Hyundai RM19... 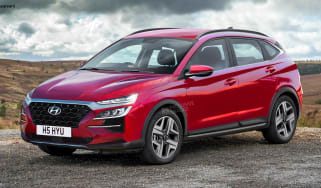 New 2021 Hyundai Bayon to sit below Kona in SUV range