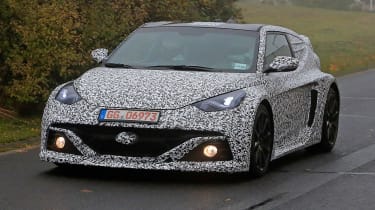 The Hyundai Group has announced a £70m investment in Croatian high-performance electric sports car firm Rimac, which will see the firms form a technical partnership to deliver two 'high-performance' electrified vehicles by 2020.

The new cars, which will presumably launch under Hyundai's 'N' performance brand, will include a 'high-performance fuel cell electric vehicle', plus a fully electric version of an upcoming, flagship mid-engined sports car for the N brand.

• Hot Hyundai I20 N spotted at the Nurburgring

Very little is known about the upcoming mid-engined N halo car beyond confirmation that we'll get to learn more next year and that a fully electric version of it is in development. The only link to it in Hyundai's back catalogue and our spy shot folder is the RM16 N Concept. Revealed in 2016 at the Busan Motor Show in South Korea it was the launch vehicle for the N division, but running versions of the car were developed and lapped at the Nurburgring. 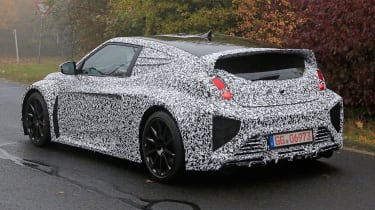 The RM16 N is in essence a radically modified version of the Veloster. Under the skin the hatchback is powered by a 296bhp 2.0-litre four-cylinder engine supplemented by an electric turbocharger, which sends power to the rear wheels via a six-speed manual gearbox.

The RM16 N concept is one of three RM concept cars developed under the Project RM name, but all have been used as rolling test beds for high-performance technologies and little else.

Also, by the time we hear more about the new mid-engined N flagship in 2020, the RM16 N design will be four years old, so we anticipate the car will be a wholly new proposition.

The Hyundai Group's £70m investment is split unevenly across both the Hyundai and Kia brands. While Hyundai has confirmed it will use Rimac's developments for two electric sports cars, Kia looks set to use its stake in Rimac's technology to develop battery and motor technlogy for an upcoming all-electric coupe SUV based on the Imagine by Kia concept, which will use a brand new Hyundai Group electric platform.

Do you think Hyundai and Rimac will make a good team? Let us know below...