Two Jaguar F-Types have been modified with FIA-spec rally goodies, including spotlights and full rollcages 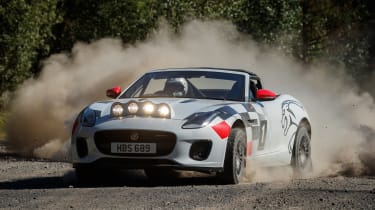 A pair of Jaguar F-Type convertible rally cars have been developed to mark 70 years of sports cars at the British firm. They’re bespoke and not available for customers to buy.

The Rally F-Types are finished in a livery promoting the latest limited edition version of the sports car; the F-Type Chequered Flag.

Jaguar is celebrating 70 years since the introduction of the XK 120 in 1948, and these modified F-Types pay homage specifically to a rally prepared XK 120 driven in the early 1950s by racer Ian Applyard, who took his Jaguar through three consecutive Alpine Rallies without incurring a single penalty point. He also won the RAC Rally in his XK 120 as well. 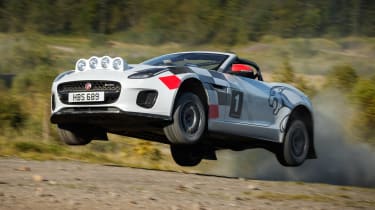 Based on the 296bhp 2.0-litre F-Type, the new rally cars feature FIA-spec tweaks such as a roll cage, fire extinguisher, racing seats complete with six-point harnesses and bonnet-mounted spotlights.

The brakes have been uprated to grooved discs with four-piston calipers, while a suspension system comprising of three-way adjustable dampers and softer springs has been added to handle rutted tracks. Proper gravel rally specification wheels and tyres have also been added, plus a proper limited slip differential and a mechanical handbrake, too.

Both cars have been put through their paces at the Walters Arena rally stage in south Wales, and Jaguar plans to bring the two Rally F-Types along to Jaguar events over the next few months. 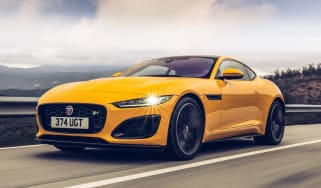 The Jaguar F-Type has been heavily updated, and this new V8 P450 model is a good all-round rival for the Porsche 911
Visit 'Jaguar in good shape for a transformative 2020' 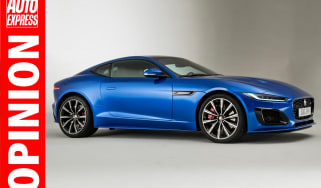