Kia America reveals full-size SUV concept car, but it won't be heading to the UK 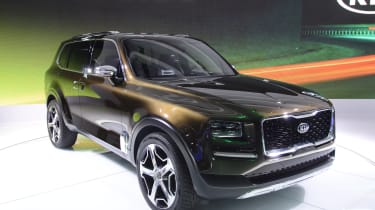 Following a pair of teaser images last week, Kia has revealed its full-size Telluride SUV for the US market at the 2016 Detroit Motor Show. A decision on US production for the car will be made soon, but it will not be coming to the UK. 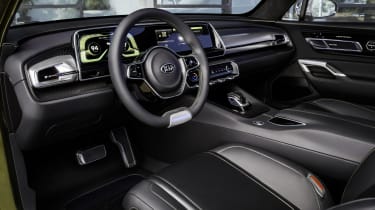 Interestingly, the concept features suicide doors, following on from the Korean firm’s GT four-door coupe concept from 2011. The interior image (above) features a few design cues seen in other Kias of late, including flight switch-style buttons on the dashboard. Kia states the concept will showcase “an abundance of advanced technology”, which will include “state-of-the-art health-and-wellness” tech. It's not known if the SUV will come with seven seats.

Other than the Sorento, the last big Kia SUV sold in the States was the Mohave. It’s rumoured that this concept previews a direct replacement for that model, but this has not been confirmed.

Check out all our 2016 Detroit Motor Show coverage here...