Kia Rio and Picanto get spec boost for 2016

Even base models of the Rio supermini and Picanto city car now get air-con as standard. Sport spec Picanto gets racy styling upgrades. 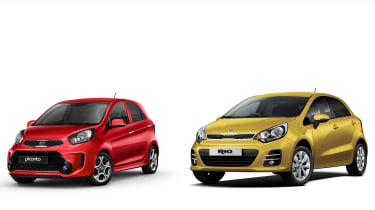 Kia has updated its Rio and Picanto ranges for 2016, to keep them competitive in the face of competition from newer rivals. Revisions include simplified model range structures, extra equipment as standard and new trim grades for 5-door models.

Both the five-door Picanto and Rio models are no longer offered with entry level ‘1’ trim, but keep the same starting prices of £8,545 and £10,945 respectively.  The ranges now consist of ‘1 Air’, ‘SE’, ‘3’ and ‘4’ grades, meaning both base models now get air-con as standard for no extra cost. 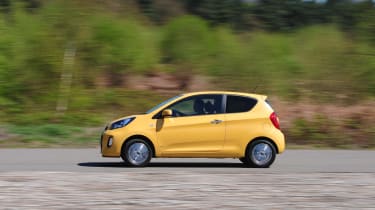 A range-topping Picanto Sport has also been added, bringing new 15-inch alloy wheels, a twin exit exhaust system and sportier sill mouldings. Exclusively available in white, red or black paint, it gets faux leather, aluminium pedals and sat-nav as standard. It’s available with just 84bhp 1.25 engine is the sole choice, available with both a manual (£11,995) and automatic (£12,595) transmission.

The updated Rio and Picanto ranges are available to order now, with the same engine range as before.

Check out our view on the best city cars to buy now here... 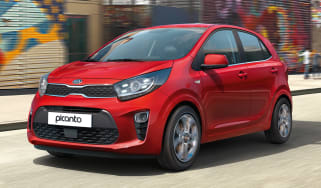 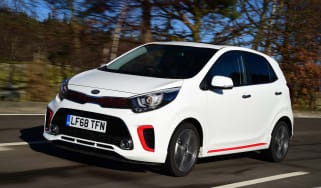