Hybrid and diesel engines confirmed for the new Kia Sorento SUV, with a plug-in hybrid due late in 2020 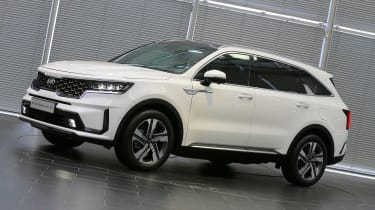 Further details for the new Kia Sorento have been announced, with the company confirming its flagship SUV will go on sale in Europe in the third quarter of 2020. Prices are expected to start around the £37,000 mark.

The fourth-generation Sorento will be offered with diesel and hybrid engines initially, while a plug-in hybrid (PHEV) model will follow before the end of the year.

A 2.2-litre four-cylinder diesel will act as the entry point to the Sorento line-up, sending 199bhp to the front wheels via an eight-speed automatic transmission. Meanwhile, the hybrid powertrain combines a 1.6-litre engine and a 59bhp electric motor for a combined 227bhp, delivering its power through a six-speed automatic gearbox.

When it arrives, the plug-in hybrid variant is expected to use a larger 89bhp motor, offering a total output of 265bhp and around 35-40 miles of pure-electric range. 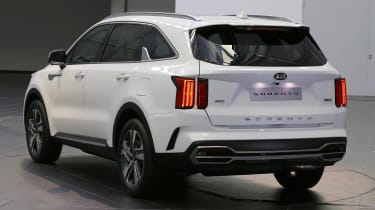 All cars will be optionally available with four-wheel drive, with a new Terrain Mode designed to make the car more capable on rougher surfaces. Fuel efficiency and emissions figures are set to be confirmed later in the year.

The new Kia Sorento takes its styling cues from the larger, US-only Telluride SUV, but the design has been toned down for the European market. There’s the brand’s familiar tiger-nose grille flanked by new LED lights, connected to a sharp shoulder line that runs around the entire car. The split, vertical tail lights also allow a wide, square boot opening.

Inside, the new Sorento takes a leap towards its German rivals when it comes to quality, fit and finish. In Europe, buyers will be offered a choice of black cloth, single- or two-tone leather or quilted Nappa leather seats. The rest of the cabin will feature metallic trim pieces, leather upholstery and satin-effect surfaces.

The fully digital 12.3-inch driver’s display will be standard across the range, while an eight-inch infotainment screen will offer wireless smartphone connectivity via Apple CarPlay and Android Auto. An optional 10.25-inch central touchscreen will use Kia’s second-generation UVO app interface.

10 exterior paint finishes will be offered on European cars, as well as 17-, 18-, 19- and 20-inch alloy wheel options. UK availability will be confirmed at a later stage, however. 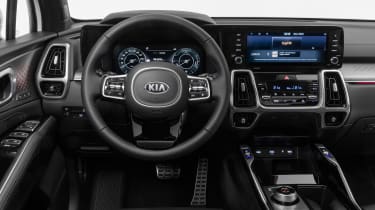 The new Sorento is around 10mm longer, wider and taller than the outgoing vehicle, while the wheelbase has grown by 35mm. This has allowed Kia to claim improved legroom  throughout, as well as increased headroom in the third row on seven-seat models. These offer 821 litres of boot space, rising to 910 litres with the rear seats folded flat. Kia says each seat will have access to a USB port, allowing simultaneous charging of up to seven devices on the move.

The plug-in hybrid will also get a seven-seat option, with Isofix points on each of the five rear seats.

Prices for the new Sorento will be confirmed later in 2020, but a five to 10 per cent hike is to be expected. As such, prices for the entry-level, front-wheel drive diesel model should start from around £37,500.

Do you like the look of the new Kia Sorento? Let us know your thoughts below... 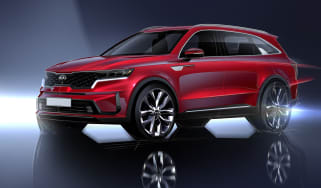 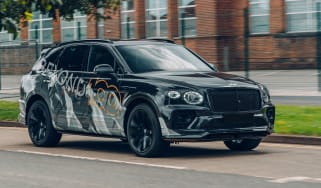 Bentley will unveil an updated version of the 190mph Bentayga Speed next week, featuring all the tweaks applied to the standard model
New 2022 Ineos Grenadier: prices, specs and launch date

Ineos Automotive’s spiritual successor to the old Land Rover Defender will go on sale soon, with a starting price of around £50,000