Lamborghini announces plans for a racing version of its first ever SUV: the Urus ST-X 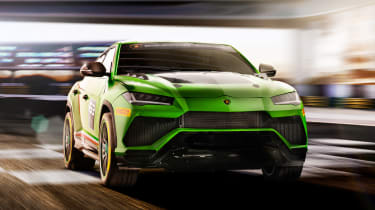 This is the Lamborghini Urus ST-X, a version of the brand’s first SUV that has been developed exclusively for racing. It will make its debut during the Lamborghini Squadra Corse Super Trofeo World Final late this month.

Later on in 2019 it will also feature in Lamborghini’s new, but yet to be named, racing series that will mix track and off-road racing held at FIA licensed venues.

Each Urus ST-X is powered by a 640bhp twin-turbo V8 developing 850Nm of torque, which sends its power to all four wheels. It rides on single-nut 21-inch alloys wrapped in Pirelli tyres. 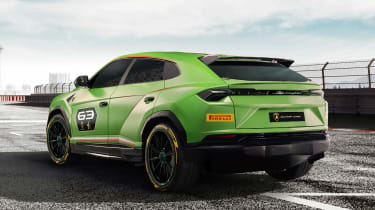 To further cope with the demands of off-road racing, the Urus ST-X has been on a crash diet, loosing 25 per cent of its kerb-weight. It’s also been fitted with an FIA-approved roll-cage and fire safety system.

The Urus ST-X sports a lairy Mantis Green livery, a vented carbon fibre bonnet and side-exit exhausts to mark its difference from the production model.

Lamborghini also plans to offer the Urus ST-X as an experience to customer drivers with an “arrive and drive” policy. Event days will be held on FIA licensed circuits across Europe and the Middle East from 2020.

What do you think of the Lamborghini Urus ST-X Concept? Let us know in the comments below… 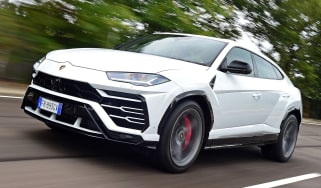