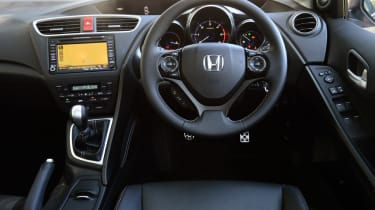 With the arrival of the brilliant new Volvo XC90 and Audi Q7 in the past six months, the SUV market is harder fought than ever. These tweaks boost the two-tonne Range Rover Sport’s appeal, but the dated infotainment system, high price and inferior running costs mean it’s slowly slipping down the ranks. It’s still a fine car to drive, and you’ll certainly never tire of the exquisitely finished interior – yet in a competitive sector, the Sport isn’t quite the polished package it once was against such fresh opposition.

The second-generation Range Rover Sport has been one of our favourite full-size SUVs ever since its launch in 2013. It’s always set a high dynamic benchmark, while its interior quality and sheer desirability are hard to match in this fiercely fought sector.

Not content, Land Rover has applied a series of mid-life updates, introducing a cleaner but more powerful engine, updated infotainment system and some extra kit. 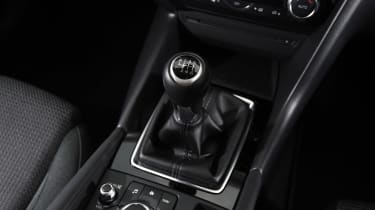 Despite the jump in power, the Range Rover Sport is no faster from a standstill. Not that it really needed to be, as the punchy six-cylinder model sprints from 0-60mph in 6.8 seconds – no mean feat for a 2.2-tonne SUV. Yes, the 4.4-litre V8 diesel and 5.0-litre Supercharged petrol are faster, but we’d question whether they’re worth their significant price premiums.

On the road, the extra torque does help with overtaking, as the huge 700Nm slug comes in progressively from 1,500rpm. Plant your right foot at 50mph and the brilliant eight-speed auto shifts down a couple of cogs and propels you down the road. It never pins you back in your seat, but glance down at the dials and you’ll be pleasantly surprised at how quickly you gain speed. 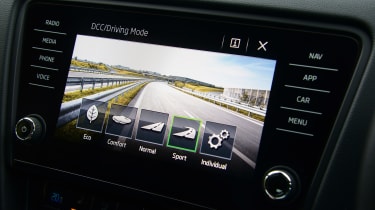 It’s when the road gets twisty that the Range Rover Sport really shines, though. This has always been a fine handling SUV, and the updated model is no different. Our top-spec Autobiography Dynamic model features Land Rover’s Adaptive Dynamics and Dynamic Response systems, which combine to make this bulky 4x4 handle like something half its size. The steering is sharp and direct, too, providing decent feedback through the leather-trimmed wheel.

It’s surpassed only by the brilliant Porsche Cayenne and now (marginally) by the Q7, but the Range Rover Sport can still truly entertain on a fast cross-country drive. The high-quality interior makes this a glorious experience, too, with the supportive yet comfortable leather seats holding you firm on all but the most aggressive changes of direction. 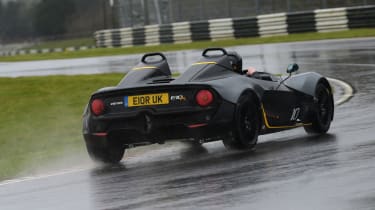 The ride is another Range Rover plus point. While the 21-inch wheels on our flagship Autobiography Dynamic do result in a little tyre roar at motorway speeds, they do an impressive job of soaking up lumps and bumps. They can send small shocks into the cabin over sharp expansion gaps, but on the whole it’s very compliant. In fact, it has a Jaguar-like waft on smoother surfaces – meaning this is a car capable of covering big distances with minimal effort.

In terms of off-roading, the Sport remains as capable as ever. All cars now come with All Terrain Progress Control, as well as Auto Access Height that instinctively lowers the ride height when the engine is off to make entry and exit easier. It’s a useful system, as the car feels big from behind the wheel. 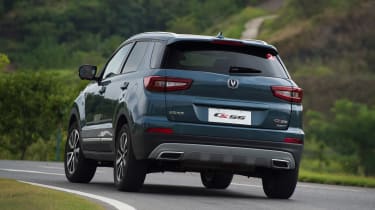 Other updates to the Sport include a refreshed infotainment system that allows you to remotely lock and unlock your car using a smartphone app. Unfortunately, it still uses the same rather archaic graphics and slow-to-react touchscreen – feeling really rather dated next to newer systems from Volvo, Audi and BMW. It’s a frustrating chink in the Range Rover’s otherwise blemish-free armour that is now in desperate need of updating.

Elsewhere, the Sport continues to impress. The leather and metals that lined our car’s dash were second to none, and the Montalcino Red finish (more maroon in the flesh) makes it stand out further. 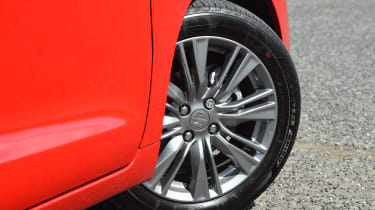 Also included in the update is a Gesture Tailgate – allowing owners to open the boot by waving their foot under the rear bumper.

It’s standard on all models from the basic HSE to the bonkers SVR, and rises to reveal the same 489-litre boot as before. Seven seats are a £1,500 option, with the rearmost row folding electrically into the boot floor when not in use. Drop the middle row flat, and you get a decent 1,761-litre capacity.