Disappointed about the low price of a top-spec Range Rover? This SV-Autobiography version could be for you... 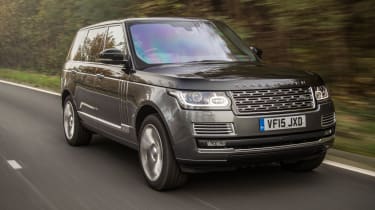 With so many customers demanding the biggest and best Range Rover on sale, company bosses have pulled out the stops for this no-holds-barred luxury SUV. You can’t argue with its extravagant opulence, and very little this side of a Rolls Royce can offer quite so much undisputed luxury. If money is no object, this new Range Rover SV-Autobiography is – for now – the most luxurious SUV on sale.

Range Rover customers aren’t strangers to personalisation. Their cars come with inventories longer than the car itself, and six-figure list prices are more common than toast and butter for breakfast.

The people at Land Rover are wise to this, and as a result have tasked their Special Vehicle Operations (SVO) department with creating the biggest and best Range Rover to date.

Quite the car it is, too. Depending on the engine, this SV-A costs around £50,000 more than the existing Autobiography. It’s an every-option-ticked leather and luxury tech fest with emphasis on the passenger, rather than the driver. Available in standard and long-wheelbase variants, it’s the latter we tried here. 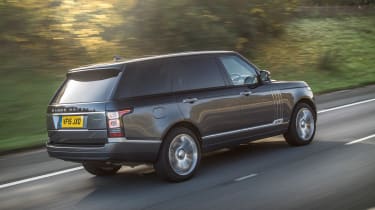 From the outside, you’ll need a keen eye to separate this from the standard Autobiography. There’s some Graphite lettering and a special SV-Autobiography badge at the back, but aside from the £9,000 duo tone paint (one of just three factory-fit options), it’s pretty much as you’d expect.

It’s inside where the magic happens. You’ll find high-quality knurled metal throughout – on the buttons, switchgear and pedals, while the same effect is found on the key fob, rear coat hooks and gear selector, too. Four-zone climate control is standard, as is the configurable interior mood lighting and luxury carpet mats with contrast stitching. 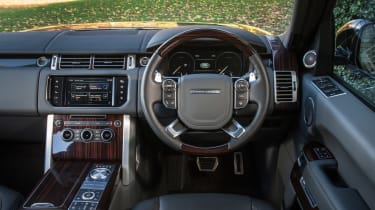 All the touchpoints up front are engineered with the usual Range Rover precision, with the laser heads-up display fitted on all models. The dashboard is covered in high-quality leather, while glossy wood veneers give it further upmarket feel.

But most SV-Autobiography customers will buy this car not to drive, but to be driven in. The long-wheelbase version offers impressive legroom in the rear, with electrically operated aeroplane-style seats complete with calf rest on the passenger side. Push the front seat all the way forward and there’s enough room to recline, or you can sit up and turn the car into a mobile office.

The bulky but exquisitely-finished centre console sits in place of the middle seat and features everything from lap tables to a Champagne chiller and Autobiography-branded glasses. 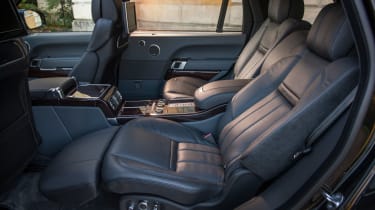 Behind the rear seats, the LWB car gets the same 550-litre boot as its lesser siblings, albeit decked with a unique sliding floor. It’s covered in more beautifully crafted wood veneer and is actually remarkably functional – pulling out to allow easy removal of items at the back of the boot.

But that’s not all. The SV-A’s most absurd feature is the ‘Event-Style Seats’, which fold out from the luggage compartment and sit on the lower tailgate. They cost £5,500, and are perfect for watching the rowers at Henley Regatta, apparently.

Like most Range Rovers, this SV-A has been engineered first and foremost for comfort. Even on the huge 21-inch alloy wheels (22s are a no-cost option), the ride was cosseting and uninterrupted. If you plan to spend more time driving, the standard-wheelbase car is firmer and more fun. 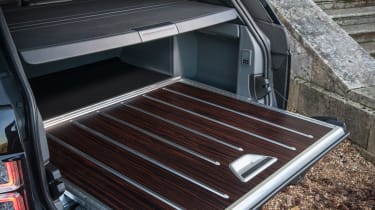 Under the bonnet of our test car sat the tried and tested 4.4-litre TDV8 diesel. It’s the cheapest long-wheelbase SV-Autobiography you can buy, and sits beneath both the Hybrid and the Supercharged V8. The latter costs an additional £8,600 but comes with the uprated 542bhp engine from the Range Rover Sport SVR. It’s not as brash in the SV-A, but it’ll still do 0-62mph in 5.5 seconds.

Yet while many who’re after the ultimate Range Rover will also want the ultimate engine the smooth diesel is more than up to the job. It’s torquey yet refined, and will still sprint to 62mph in an adequate 7.2 seconds. It’ll build speed quickly and efficiently, and has enough in reserve for overtaking too.