The new unnamed Lotus sports car is set for launch in 2020, and our exclusive images preview how it could look 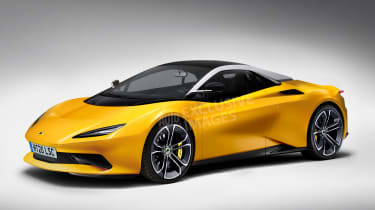 Lotus will launch an all-new sports car in 2020, its first new model for 12 years. It will also be the firm’s first vehicle to feature an electrified powertrain, ahead of the all-electric Type 130 hypercar, which was confirmed at the 2019 Shanghai Motor Show.

Since the Evora was launched in 2008, Lotus’s model portfolio has been littered with special-edition versions of the Elise and Exige. The fresh sports car, which doesn’t have a name yet, will be based on an all-new platform rather than the firm’s trusted extruded-aluminium chassis. Our exclusive images show how it could look.

“We’re busy now investing in a pretty aggressive business plan that will deliver an all-new sports car next year,” Lotus CEO Phil Popham told Auto Express. “It’ll be shown towards the end of next year and go on sale some time after that. We are investing in new platforms as well.

“We’re all about producing cars for the driver,” he added. “Our first new model is an electric hypercar. Our next one is going to be an all-new sports car.” 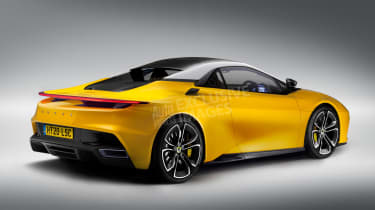 Popham indicated that while the Type 130 could be revealed ahead of the sports car, it might not actually go on sale until after it. And he acknowledged that the sports car would have a combustion engine, although Auto Express understands it will be electrified in some way.

“All-electric cars are part of our future,” he said. “The next new car, which is coming quite quickly, won’t be all electric – unlike the hypercar, which will. Beyond that, whatever cars we have will include BEV [pure-electric] derivatives. It’s not the only propulsion system we’re working on, but BEV will be part of it.”

He also suggested that Lotus could switch engine suppliers - perhaps using other powerplants from within Geely’s rapidly expanding line-up of brands. But he insisted that the firm's chassis and platforms would still be bespoke, or at least have significant Lotus input during development to ensure their suitability.

“Our engines at the moment come from Toyota,” Popham said, “but we will have access to powertrains that exist within the group today and powertrains that are under development. But we’re not restricted to that. We’re very free to collaborate with, and source from, other manufacturers.

“What we won’t do, however, is just stick a badge on a group product. We can get access to platforms, engineering expertise and resource. But if we are to produce a car in a new segment, it’s got to be true to the DNA of Lotus. We’ve got to be involved right from the start of the engineering of any new platform.”

The Type 130 nomenclature points to other models already sitting in the firm’s timeline - because it leaves four ‘Types’ empty after the last Lotus to use the naming pattern, the ill-fated Type 125 Exos track day car. Lotus has long been linked to an SUV project and when asked if such a vehicle could feature in product plans, Popham refused to rule out the possibility.

“The key is that you’ve got to be able to produce a car that’s true to the DNA, that is for drivers. That means different things in different segments, of course – but nevertheless, it’s got to be a Lotus, it’s got to appeal and it’s got to make us money. If it can’t do those three things then we won’t go into the segment.” 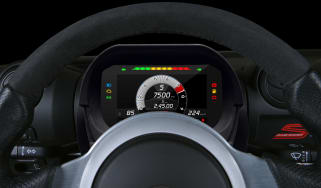 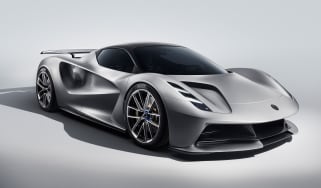