The Mazda 6 Tourer estate has been updated, with subtle exterior and extensive interior changes 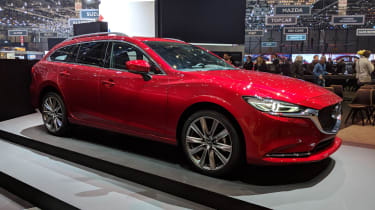 Mazda’s show star for this year’s Geneva Motor Show is the facelifted Mazda 6 Tourer. It appears alongside the recently refreshed Mazda 6 saloon, which was revealed in full at the Los Angeles Motor Show late last year.

Unsurprisingly, the updates received by the facelifted Tourer are the same as those found on its saloon bodied sibling. That means a slightly refreshed exterior design, with a new mesh grille and chrome detailing around the car’s fresh LED headlights, is the most obvious change.

Updates inside are much more large scale. The dashboard design has been overhauled with a simpler look featuring more plain surfaces, alongside new switchgear, new seats and new tech. There's also a new eight-inch touchscreen infotainment system and an optional seven-inch TFT display in the instrument cluster. 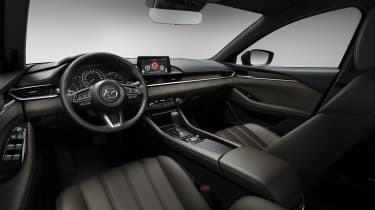 Like the saloon, UK powertrain details are still under wraps, but Mazda promises enhanced performance and efficiency, which will likely mean updated versions of the 2.2-litre diesel and 2.0-litre petrol engines currently offered to British buyers.

The Tourer arrives with chassis tweaks, too, with Mazda altering the suspension setup in a bid to inject additional comfort and agility. New i-ACTIVSENSE safety and assistance tech also arrives, with a 360-degree top-down camera the headline addition.

Alongside the complete updated Mazda 6 range, the firm’s two latest concept cars will make their European debuts as well. The elegant Vision Coupe design study will be on show at Geneva, alongside the Kai – a SKYACTIV-X powered concept previewing the next-generation Mazda 3, due in 2019.

Read all about everything heading to Geneva next month here.