Can the newly facelifted Mazda 6 beat the class-leading VW Passat in its latest fight? 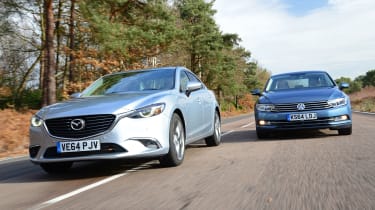 Seconds out, round two. Following its previous defeat to the Volkswagen Passat, the Mazda 6 is back for another face-off with the German saloon to try to reverse our previous decision and snatch a win.

The 6 narrowly lost out last time around due to its dated interior, but the revised car – featuring a smarter, more hi-tech cabin and refreshed styling – stands a good chance of reclaiming its crown. 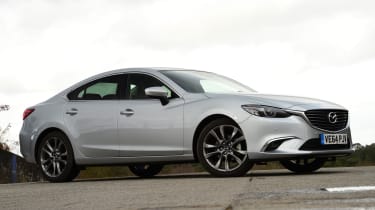 In recent years, the large saloon market has been squeezed due to the rise in popularity of crossovers, so it’s no longer enough for cars like the Mazda and VW to just offer practicality or efficiency.

Our four-door duo drive well, look the part, promise generous kit and strong refinement and emit low levels of CO2 in an attempt to lure company car drivers and private buyers out of their SUVs. 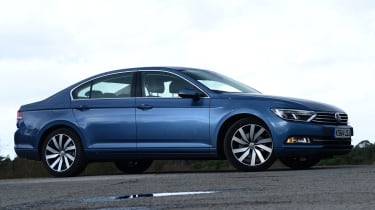 The question is, are the improvements that Mazda has made to its 6 saloon enough to deliver a knockout blow to the new class leader, the Passat? To find out, we pitched Japan against Germany in a head-to-head tussle from which there can only be one winner. The gloves are off.

Click on the links above to read individual reviews, and scroll down to see which car comes out on top... 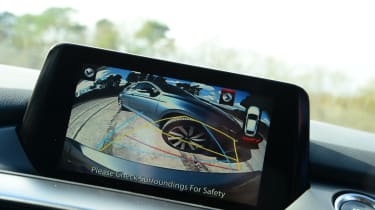 Even though the Mazda has a new multimedia layout, it’s still not quite as easy to use as Volkswagen’s tried-and-tested touchscreen system. The 6 now includes a parking camera (above) as standard, and everything’s controlled by a rotary wheel behind the gearlever. It’s undoubtedly a vast improvement over the old car, and tidies up the dash – making the cabin look far more slick and upmarket. 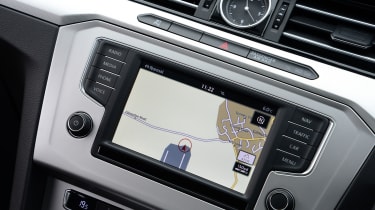 Both these models get a decent level of kit as standard, making them appealing to business users. But while the Mazda has a higher list price, it offers much more kit; to bring the Passat up to a similar spec will make it nearly £2,000 more than the 6. VW options can be pricey; leather alone is £1,615. 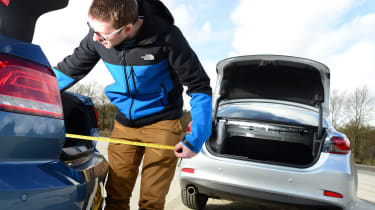 If you’re heading on a big trip, the Passat is the more practical choice, as its luggage bay has a more usable shape. It also gets an electric tailgate with keyless opening (£510). If your hands are full with shopping bags, you can wave your foot under the rear bumper and open the boot. 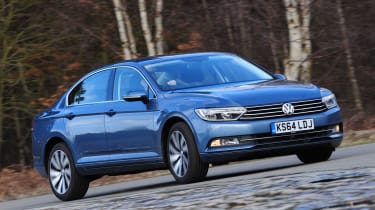 The Passat retains its crown as the biggest and best family saloon on the market, thanks to a mix of quality, usability, refinement and performance that’s impossible to ignore. It can’t match the Mazda’s dynamics or fun factor, but it does come close. Plus, it offers competitive running costs for a premium product, a fair level of standard kit and an attractive price that’s £1,660 cheaper than the 6’s. 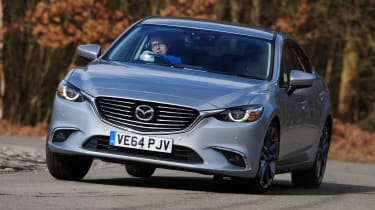 Despite its much-improved interior and more involving chassis, the refreshed 6 can’t quite topple the Passat. It’s still the best car in its class to drive, with plenty of performance and grip to call on, but it doesn’t blend this with the level of practicality that the VW offers. Still, if you value driving enjoyment over space, you won’t be disappointed with the revised Mazda.