The new Mazda MX-5 and Toyota GT 86 offer undiluted driving fun. But which is a better buy? 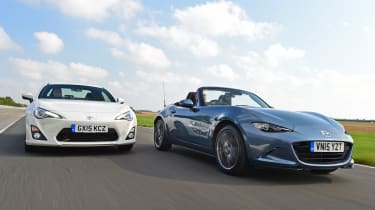 The Japanese love their small sports cars. The big four companies – Toyota, Honda, Nissan and Mazda – all developed rear-drive sports cars in their formative years, but it’s arguable that the fruits of their labour only really achieved international recognition when Mazda unveiled the MX-5 in 1988.

That car has gained a big following over the years, and now there’s a new fourth-generation model in dealers. It maintains the tradition of offering driving thrills in a manageable, great-value package.

But Mazda isn’t the only brand to cater for buyers after a user-friendly sports car. The Toyota GT 86 harks back to the rear-drive 2000 GT of the sixties and, like the MX-5, has a reputation for budget thrills.

While these two models look very different thanks to their roadster and coupé bodystyles, under the skin, their revvy, naturally aspirated engines and rear-drive chassis mean they both have the ingredients to put a smile on your face.

The question is, does the new MX-5 deliver the same enjoyment as its predecessors, or does the GT 86 have the edge for pure driving fun? We test the dynamic duo on road and track to see which is best. 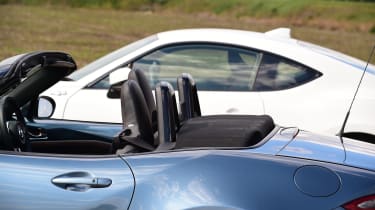 While these two cars share a front-engine, rear-drive configuration, their body designs couldn’t be more different. Both cars feel sporty from behind the wheel, but the MX-5’s open top arguably makes itthat bit more enjoyable to drive. The extra noise from the engine and tyres only adds to the sense of involvement. 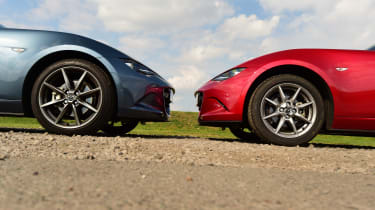 Tuners such as Cosworth, Litchfield and Fennsport offer various upgrades for the GT 86, from software updates to the addition of turbochargers. There aren’t many options for the MX-5, but Brodie Brittain Racing does a turbo kit for the old car. 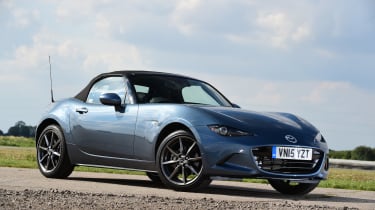 The latest MX-5 is leaner, meaner and faster than ever, and manages to put a smile on your face every time you drive it. The agile chassis and punchy engine deliver driving thrills that come close to some hardcore track models. However, throw in a spacious cockpit, a long list of kit and that famed Japanese reliability, and it’s one open-top sports car you can easily live with on a daily basis. 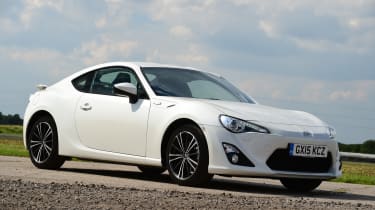 The GT 86 is still a great handling sports car, and it should prove to be just as reliable and dependable as the MX-5. However, while the sharp chassis and revvy boxer engine deliver a fun drive, the Toyota doesn’t quite have the all-round performance of the Mazda. A higher price tag and running costs peg it back in this test, too. 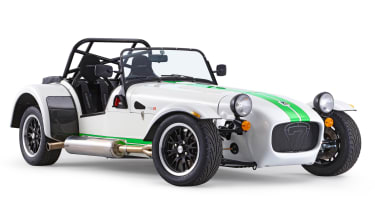 If the MX-5 isn’t going to be your only car, why not go the whole hog and buy one of the best-handling cars on the planet? The 270 has plenty of power, covers 0-60mph in 5.0 seconds and boasts classic looks. Plus, you could pocket £3,000 if you build it yourself. 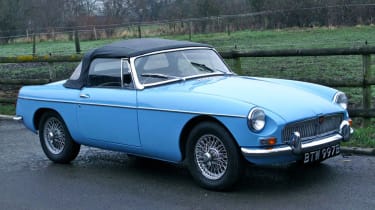 The MX-5 is a modern successor to the MGB, and while prices vary according to condition, you could bag a tidy chrome-bumpered model for similar cash. You’ll recoup your money when you sell it – just be prepared to get your hands dirty to keep it running.