New Mercedes concept will arrive at some point this summer, according to design boss Gordon Wagener 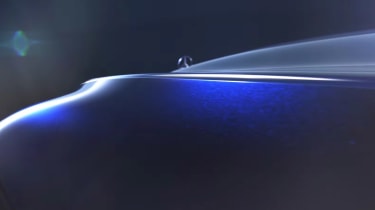 Mercedes has officially teased a new concept car days after a tip off from the firm’s design boss Gordon Wagener, who hinted that we’d see a new design concept “pretty soon”.

The teaser video released by Mercedes hints at the styling of the new concept inside and out. We can make out a long bonnet and an equally long rear deck, with a red pinstripe running down the centre. An intricate set of multi-spoke wheels are also showcased, alongside a good look in the car’s cabin.

The interior, plus the promise of the car being the ‘next Vision’, hints that this could be a convertible version of the Vision Maybach 6 Concept revealed almost a year ago at the 2016 Paris Motor Show.

Last week, some of Merc’s top designers promise that the new design study will be a “big surprise” and an “icon” when it arrives.

No specific details regarding the car have been revealed, but Wagener touted that we’ll see it this summer, hinting that it could arrive at the Pebble Beach Concours d’Elegance which is scheduled to take place later this month.

Several sketches are shown in the Instagram video teaser, but these are of past Mercedes concept cars, namely the Vision Maybach 6 Concept and the IAA Concept from the Frankfurt Motor Show in 2015.

The action in Monterey kicks off on 20 August, and if Mercedes brings along a fresh concept car, it will line up with scheduled reveals from BMW and Aston Martin.

BMW is poised to reveal a concept previewing the next-generation Z4, which has already been teased in sketch form. Meanwhile, Aston Martin could unveil a new Vanquish Zagato, which has been spotted in Speedster form. Last year, the firm unveiled the exclusive Vanquish Zagato Volante, which is limited to just 99 examples.

What do you expect Mercedes to reveal? Make your guesses in the comments!