Save the owner or save the others? Mercedes says the answer to the million-dollar autonomous question is quite simple 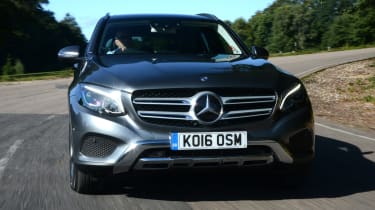 The tricky moral question continues to be debated by lawmakers, ethicists and lawyers, but for Mercedes’s Manager of Driver Assistance Systems, Active Safety and Ratings, the answer couldn’t be clearer.

“If you know you can save at least one person, at least save that one. Save the one in the car,” Christoph von Hugo said in an interview at the recent Paris Motor Show.

“If all you know for sure is that one thing, one death, can be prevented then that’s your first priority.

“You could sacrifice the car, but then the people you’ve saved, you don’t know what happens to them after that in situations that are often very complex, so you save the ones you know you can save,” he argued.

Engineering Level 4 and Level 5 autonomous systems to keep their occupants alive in physically and ethically tricky situations might be music to the ears of future buyers, but it’s not something that occupies much of von Hugo’s time. He’s far busier working to keep the cars out of those situations in the first place.

“We believe this ethical question won’t be as relevant as people believe today. It will be occur much less often.

“There are situations that today’s driver can’t handle that, from physical stand point, we can’t prevent today and that with automated vehicles can’t prevent either. (But) it will be far better than the average driver.

• Driverless cars on UK public trial for the first time

“This moral question of who to save: 99 percent of our engineering work is to prevent these situations from happening at all.

“It’s not about miles. It’s about situations and there are an infinite number of them.”

How do you think self-driving car tech should act in the event of an unavoidable collision? Let us know in the comments...