Can economy be sexy? We find out as Mercedes’ curvy new diesel C-Class Coupe battles the hybrid Lexus RC 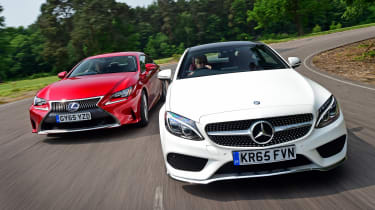 Buying a coupe doesn’t mean you have to sacrifice efficiency for style, nor must you prioritise performance at the expense of practicality, either.

A growing band of sleek four-seaters balances relatively small bills while attempting to deliver driving thrills, too. The latest is Mercedes’ C-Class Coupe, and here we’re testing it in C 250d form. With the maker’s 2.1-litre diesel engine, it serves up svelte styling, punchy performance and sound efficiency.

You might not think diesel goes hand-in-hand with the image of a premium coupe, and neither does Lexus. Instead of developing these engines, the brand uses its petrol-electric hybrid powertrains to achieve impressive on-paper efficiency. Although our pictures show a Premier model, we've lined up its RC 300h coupe in racy F Sport guise for this test in a head-to-head battle with our AMG Line-spec Mercedes.

Can economy be sexy? We find out as #Mercedes’ new diesel C-Class Coupe battles the hybrid #Lexus RC http://aex.ae/2ay81bI

To take road test victory, the winner will have to balance all the attributes we’ve mentioned, combining the driving experience with running costs and mixing practicality with performance. But do the plaudits go to the diesel Mercedes or the hybrid Lexus?

Looks are important to coupe buyers – even more so for economical models such as our duo here. The Mercedes is curvier, with softer surfaces and more organic forms contrasting with a few creases. The Lexus is simply sharp from front to back, but both models are definitely striking designs appealing to the same audience. 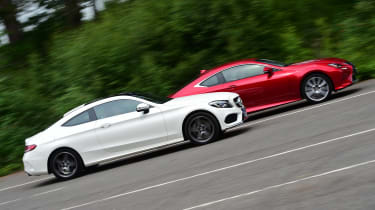 Despite its petrol-electric drivetrain, the RC still isn’t as clean as the diesel C-Class. However, our fuel figures show both offer respectable efficiency for sporty-looking coupes. While the Mercedes’ engine lacks the Lexus’ refinement, it’s nicer to drive – helped by the nine-speed automatic transmission.

Coupes need to deliver a more emotional ownership experience – especially from these premium brands. The C-Class is pleasant inside, but the RC’s build quality is more solid, while Lexus’ Driver Power performance makes it a strong long-term bet. 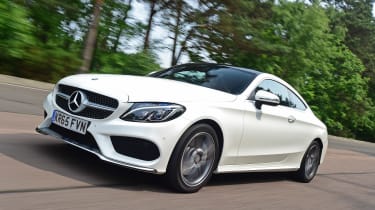 Victory is snatched from the Lexus by a convincing margin here. Neither car is brilliant to drive, but the C-Class gets more equipment, will be cheaper to own and run plus offers extra practicality over the RC. Also, its diesel engine serves up more performance, while the smooth nine-speed auto is better suited to this type of car, aiding both long-distance cruising and driving around town. 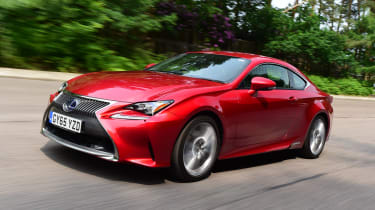 The RC proves Lexus is as competitive as it’s ever been alongside its German rivals, yet even with these frugal two-doors the model is lacking a depth of ability compared with the Mercedes. The powertrain is refined but loses out to its competitor on efficiency and performance, while the cabin isn’t as versatile, either. Also, its fussy looks won’t be to everyone’s tastes. 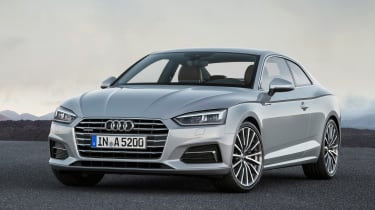 The BMW 420d is another option here, but if you want the latest coupe around it’ll have to be the Audi A5. It follows the A4 saloon by blending gently evolved styling with efficiency, performance, refinement and a classy interior.