The British coachbuilder has unveiled a limited run, performance-focussed version of the Mini Remastered, priced from £98,000 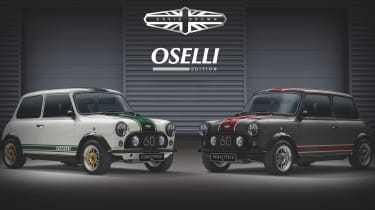 David Brown Automotive has launched a highly tuned, limited edition version of the Mini Remastered. Built in collaboration with the classic car performance specialist, Oselli, it has a range of chassis, engine and interior upgrades – and a starting price of £98,000. Production will be limited to just 60 units, to honour the original Mini’s 60th anniversary.

It’s powered by a fettled A-Series engine, which is mated to a new five-speed gearbox. Oselli has increased the engine’s displacement from 1,275cc to 1,420cc, fitted a new intake manifold and bolted on a larger exhaust system. Performance specifications are yet to be confirmed, but David Brown Automotive promises an output “in excess of 100bhp.” 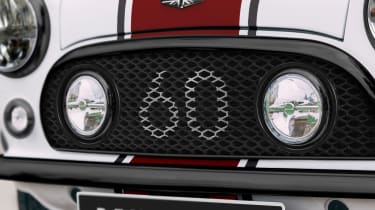 The Oselli Edition has the same deseamed body shell as the standard car, and it’s available in either off-white or dark grey paint finishes. Its racing stripes are offered in either Crimson, Royal Blue or Racing Green – and the engine’s rocker cover is painted to match the stripes. David Brown Automotive also offers matching racing suits and helmets as optional extras.

Inside, buyers can choose either a two- or four-seat layout. The former arrangement bumps the price-tag up to £108,000 and adds a pair of bucket seats, a leather-trimmed roll-cage, and a set of four-point Sabelt racing harnesses. All variants get an Alcantara steering wheel and plaque for the glove-box lid which marks the car’s position in the build series.

What are your thoughts on David Brown Automotive’s latest project? Let us know in the comments section below…